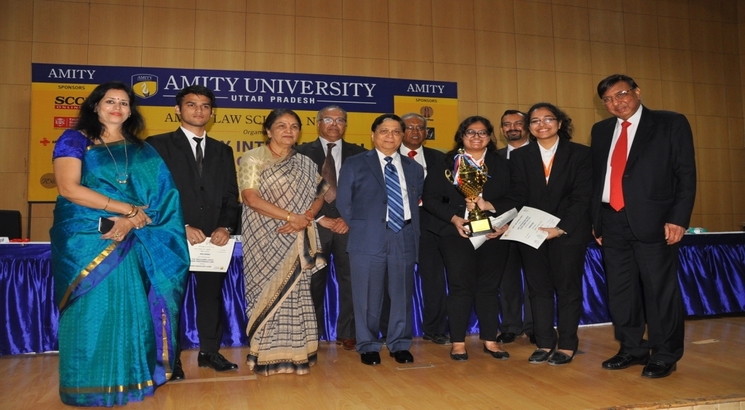 Addressing the gathering, Former Chief Justice of India, Dipak Misra said that law students must imbibe the characteristics of being an intellectual aristocrat and honest to become intellectually spiritual. He advised the students to compete with oneself since self-competition makes a person successful. He suggested the students to observe the world but not to imitate it. Justice Mishra asked them to be different, only then they will be able to create history and not be just part of it. He conveyed that participation in such competitions is important for students since it nurtures their talent and helps them in the future course of the career.

Speaking on the occasion, Justice (Retd.) Gyan Sudha Misra (Supreme Court) apprised that initially, a lot has been spoken about the perpetrators who made people victim of hate crimes and also the affected victims. But here is the time, the problem of human rights has compounded and become complex where we are compelled to think about the influx of refugees situation. She remarked that this is the area of growing concern and there is a need to think collectively as one society.