Protest erupts on NIT Calicut campus over suicide of alumnus

LPU student who died by suicide accused NIT Calicut director Prasad Krishna for emotionally torturing him while he was studying BTech there. 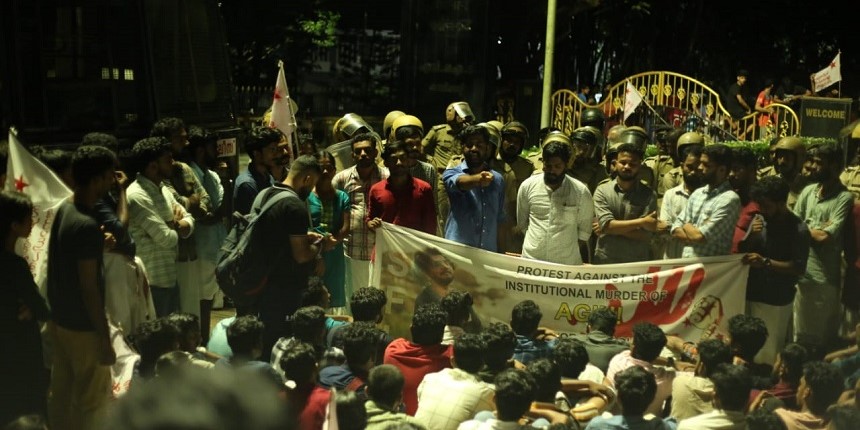 KOZHIKODE: The suicide of a former student of the National Institute of Technology (NIT) here recently has prompted supporters of the Students Federation of India (SFI) to stage a protest demonstration on the campus on Wednesday. The student of the Lovely Professional University (LPU) in Mohali in Punjab Agin S Dileep, a native of Cherthala in Kerala, had died by suicide in his hostel room on September 20.

A suicide note of the 21-year old student accused the director of his previous college, NIT Calicut, responsible for his extreme step. The note said he was mentally disturbed over the alleged problems faced at the NIT, during his days at the institute between 2018 and 2022. Media reports said the boy had allegedly blamed the NIT director professor Prasad Krishna for emotionally torturing him during his study there.

The agitating students demanded that the NIT director step down and face the law. There was a minor clash between the agitators and the police, sources said. The Kunnamangalam police, however, said no case has been registered based on the allegation by the former student. The incident had witnessed widespread protests by students of Chandigarh University on Tuesday.

The NIT authorities clarified that the student failed to clear his first year even in his fourth year and hence was expelled from the institution, in accordance with the academic norms. Sources in the NIT said Dileep had completed the maximum number of academic probations permitted as per rules of NIT. He was not eligible to continue as per B Tech Regulations of the institute. A second instance of students committing suicide at the LPU, the Punjab police is reported to have registered a case and is investigating. 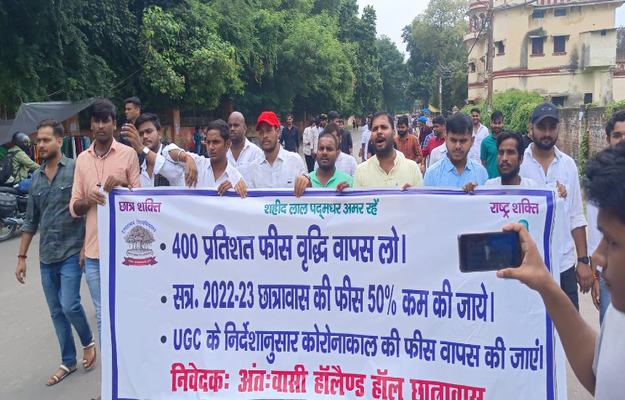 Agin was not interested in pursuing computer science and engineering: NIT Calicut director

Your NIT Calicut brochure has been successfully mailed to your registered email id “”.