Mandatory COVID tests for teachers as Assam looks to reopen 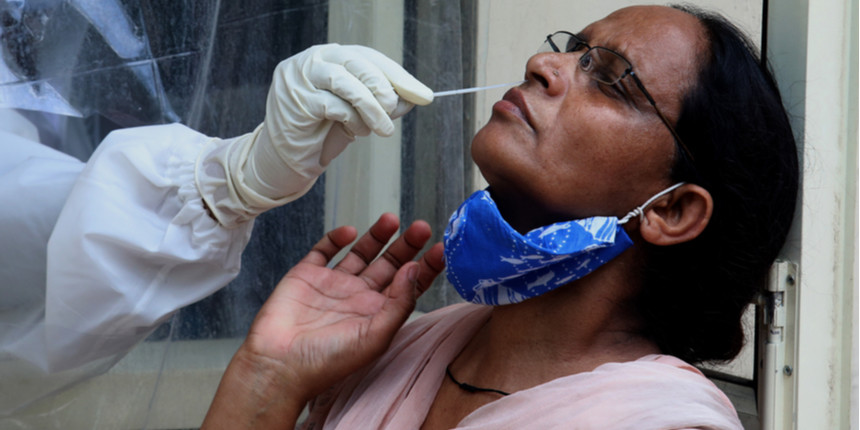 GUWAHATI: Teachers and employees of all educational institutions in Assam will be tested for COVID-19 and those found negative will have to be ready to join work as the state is looking to reopen schools and colleges on September 1, Education Minister Himanta Biswa Sarma said on Tuesday.

The mandatory COVID testing will begin from August 21, he said.

"The staff of educational institutions must remain in their place of duty by September 1. We will wait for the Union Home Ministry's order for reopening of schools and we will issue the Standard Operating Procedure (SOP) within 24 hours," Sarma said.

The staffers, who went back to their hometown due to the lockdown, must return and remain on standby till further orders or else it will be considered leave without pay, he said. The minister said that following the Gauhati High Court's direction to the state government on fees, private schools have been asked to give students exemption of 25 per cent.

Sarma directed all colleges to increase 25 per cent seats, and reserve it for students who passed the higher secondary examinations this year. "The CBSE has given projected results this year as examinations of all papers were not held but in the state council, actual marks were given as all exams were held and this has resulted in a disparity," he pointed out.

Therefore, all colleges have been asked to increase seats only for this year and reserve it for students of the state board, he added.

On Teachers' Day, 150 teachers will be felicitated at the state level, and 50 teachers each at the district level, the minister said. He said that the state government will distribute by October 15 scooters among 22,000 girl students who passed the higher secondary examinations in the first division under the 'Pragyan Bharati' scheme, which was announced in this year's budget.

The minister said that the government will announce several schemes till September 15 and after that will implement those.