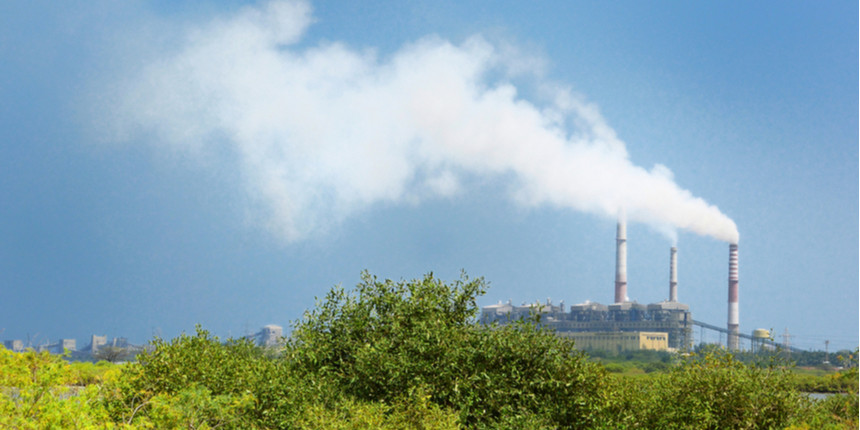 NEW DELHI: Air pollution can have a devastating effect on wild plants, animals and insects too.

One of the first to engage with this, scientists in the National Centre for Biological Sciences, Bengaluru, studied the impact of pollution on wild honey bees responsible for the pollination of over 687 fruit plants in the state of Karnataka alone.

India is the largest producer and exporter of fruits in the world.

What attracted Shannon Olsson, a US scholar and the lead researcher on the study is the exotic flora and fauna available in India. "The country has an astonishing number of plants, animals, fish and insects, to pull a nature lover," Olsson told careers360.

What they found was a drastic decrease in the number of wild honey bees named Apis dorsata, also called the Giant Asian Honey Bee. This bee otherwise commonly found in cities of India is one of the important contributors to India's food security and ecosystems.

"India is the largest producer of fruit in the world. Fruits come from flowers and flowers need to be pollinated. And if air pollution is affecting the bees, it is also affecting us indirectly," said Olsson.

Bees in India, produce over 80 percent of the country's honey. They pollinate over 687 plants in Karnataka alone.

The giant honey bee and other insects pollinate over 75 percent of crop species. If there is a fall in the number of insects like the giant honey bee, the mango export of the country will suffer a loss of over Rs 650 crore annually, experts say.

The team was led by Olsson and included Geetha Thimmegowda and Axel Brockmann from NCBS, and Dr Dandipany Perunderai, a cardiovascular researcher of the Institute for Stem Cell Science and Regenerative Medicine. They began a four-year study of over 1,800 wild bees.

Fogging done to kill mosquitoes might affect these pollinators as well.

"A good number of insects are affected because of pesticides,” said Olsson. “Then, it might also be because there is a difference in temperature. As we know, cities are much warmer because there are fewer trees and less water and other things."

Geetha Thimmegowda went out and captured a few honey bees which were next studied in labs.

"They also showed significant differences in the rhythm of their heartbeat, their blood cell count, and the expression of genes coding for stress, immunity, and metabolism," she said

The team eventually ruled out factors like the high temperature in urban areas and water scarcity, and then started working on pollution as a factor.

Thimmegowda also collected bee hives from urban areas. "They were covered with something called respirable suspended particulate matter (RSPM). That's a major component of air pollution. They are small enough to get inside our lungs," she said.

The lab study was done with wild bees naturally visiting flowers in Bengaluru city. Reared honey bees kept in hive boxes that may already be stressed or immuno-compromised were not used for the study.

"Given the scale of landscape alteration and urbanisation in India, it is expected that these effects are widespread and likely to worsen with time," said Dr Hema Somanathan. She studies bee behaviour and pollination ecology at the Behavioural and Evolutionary Ecology (BEE) Laboratory, Indian Institute of Science Education and Research (IISER) Thiruvananthapuram.

"This kind of research helps us understand how air pollution affects our ecosystems. These are the organisms which help us survive. Bees do their job, they pollinate flowers, and we get food out of it. The giant honey bee is a wild species, and it is not grown in boxes, and this is what makes it more important," said Olsson.

Arunabha Ghosh, founder and CEO of the Council on Energy, Environment and Water feels that the air quality studies in India till now have either considered sources of pollution or impact on human health always.

"This study covers important new ground, by examining the impact of air pollution on pollinators, which would have serious implications for agricultural output in India," he said.

Experts say the study is important as the better application of research and evidence in development policy-making can save lives, reduce poverty, and improve quality of life.

"We are not only endangering our own health, but we are also affecting the wild animals and plants," said Shloka Nath, executive director, India Climate Collaborative.