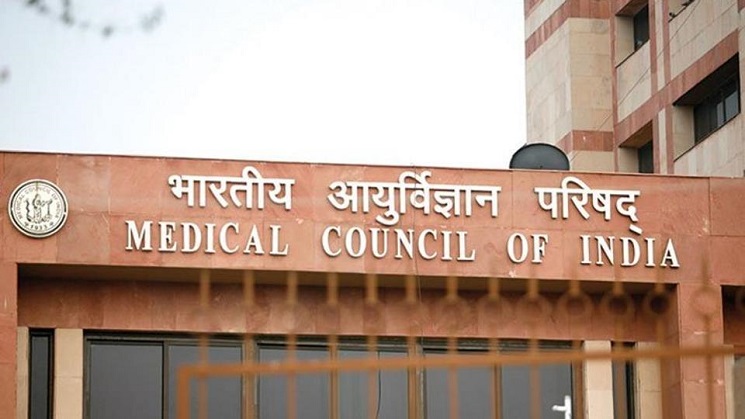 NEW DELHI, April 24: The Medical Council of India (MCI) has clarified that students currently pursuing Bachelor of Science (BS), Pre-medical or language courses in a foreign country as preparation for taking admission in MBBS or its equivalent course in that country are exempt from appearing in NEET 2018. The clarification was issued by the MCI in the form of a public notice dated April 23, 2018.

What were the previous rules?

As per the previous MCI regulations, candidates seeking to study MBBS or equivalent medical courses from abroad were required to obtain an eligibility certificate from MCI if they wished to come back to India for practicing medicine. No candidate without an eligibility certificate from MCI was allowed to appear for Foreign Medical Graduate Examination (FMGE) screening test through which Indian nationals with foreign medical qualfications are granted permission to practice in India.

As communicated in the MCI’s March 2018 notice however, appropriate amendments had been introduced to the ‘Screening Tests Regulations 2002’ and ‘Eligibility Requirement for Taking Admissions in an undergraduate medical course in Foreign Medical Institution Regulation, 2002’, according to which an “India National/Overseas Citizen of India who are desirous for taking admission in MBBS or its equivalent medical course in a medical University/College/Institute outside the country on or after 1st June, 2018 shall have to mandatorily qualify the NEET”.

The Ministry of Health and Family Welfare (MoHFW) had already clarified beforehand that the new rule of mandatorily qualifying NEET for admission to MBBS courses abroad was not applicable to students who are already pursuing MBBS or equivalent degrees from outside India, but would only be applicable to students seeking to pursue MBBS or equivalent qualifications from abroad on or after June 1, 2018. As specifically declared by the MoHFW, “Students who have already taken admission under current regulations to pursue primary medical course by taking Eligibility Certificate from MCI are exempted from qualifying NEET".

Concerns with regard to Pre-medical courses

Despite this reassurance from the MoHFW, confusion still persisted among many students who had already enrolled for Bachelor of Science/Pre-Medical/Language courses in countries like the Phillipines, which requires medical aspirants to mandatorily clear such courses before they are allowed to join the Doctor of Medicine (MD) course, the equivalent to India’s MBBS degree. Given that students had only joined for the preparatory BS or Pre-Medical Courses over the last year or two and not the main MD/MBBS equivalent course itself, their major concern was that they may have to return to appear for NEET.

The MCI’s latest notice however lays these concerns to rest. Acknowledging the worries expressed by these students and their parents, the notice states, “...large number of representations/emails/letters were received from the respective students/parents/associations etc. regarding exempting of all Indian Citizens/Overseas Citizens of India who have taken admission in Phillipines/any other foreign country and are currently pursuing BS/Pre-medical course/language course in such foreign countries on or before 31st May, 2018, from the requirement of appearing in NEET 2018”. The MCI notice specifies that the matter was considered by its Executive Committee in a meeting held on April 12, 2018, and the decision was taken to adhere to these requests. Accordingly, these students were now being exempted from appearing in NEET 2018.

The MCI has however clarified that all such candidates will necessarily need to procure their eligibility certificate, as was the case earlier, after submitting the required list of documents proving that they had already joined a BS/Pre-medical course outside India before May 31, 2018. The notice adds that this is only a one-time exemption and every student who decides to pursue a pre-medical/language/medical course outside India after May 31st, 2018, will definitely need to appear for NEET.