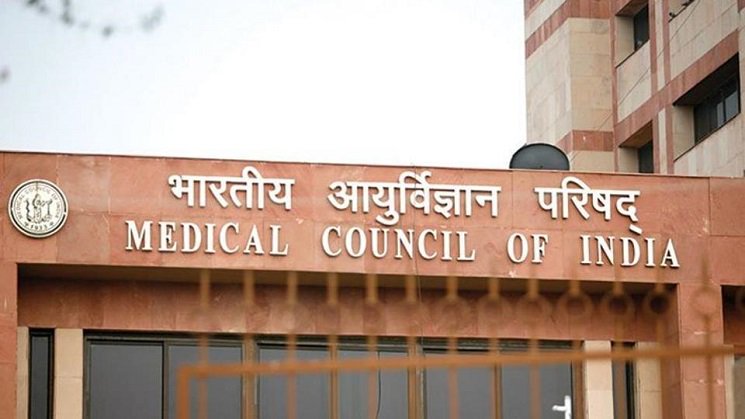 NEW DELHI, April 27: The Medical Council of India (MCI) has informed the Supreme Court that the definition of NRIs, OCIs and PIOs with regard to admissions and reservations through NEET is determined by various state Governments as per their own laws. The Council further clarified that it has no specific provision under its own regulations to define whether or not Overseas Citizens of India (OCIs) and Persons of Indian Origin (PIOs) should be treated at par with Non Resident Indians (NRIs).

The MCI was replying to a query from a two member Supreme Court Bench comprising Justices Uday Umesh Lalit and Arun Mishra, with regard to a petition filed by Shreya Joshi and others challenging the Karnataka Professional Educational Institutions (Regulations of Admission and Determination of Fees) Act, 2006, later amended in the year 2017, as per which OCI and PIO candidates were to be considered under the NRI category when it came to MBBS and BDS admissions through NEET. As per the MCI reply, “...the reservation of seats for NRIs and the question as to who will be treated as NRIs and whether it includes OCIs and PIOs will be governed by the state enactment.”

What the rules say

As per arguments raised by the OCI petitioners, the Karnataka State Regulations were barring them from competing for the entirety of the 85% State Quota seats by falsely equating them with NRI candidates. The petitioners said that they were children of professionals who had settled abroad but were enjoying the status of Indian nationals on the basis of permanent visas issued to them. Whether to retain their Indian citizenship or acquire the citizenship of any other country would be a choice they could make after attaining 18 years of age. Until then, amendments to the Citizenship Act, 1955, gave them legal rights to seek admissions like any other citizen of the country. The definition of NRIs is made only the basis of the Income Tax Act. As such, the counsel for the petitioners asserted that PIOs and OCIs could not be treated within the category of NRIs.

In response, the counsel for the Karnataka Government argued that OCIs did not have the right to seek admission under Government Quota seats and get access to subsidised education. Endorsing the stance of the Government, the MCI also referred to a Medical Counselling Committee (MCC) dated July 28, 2017, which had placed NRIs, OCIs and PIOs in the same category and declared that these candidates could only apply for NRI quota seats and only Indian nationals could apply for management seats. The MCI also requested the Court to dismiss the petitions on the grounds that every State Government had the right to define NRIs, OCIs and PIOs in accordance with its own laws.