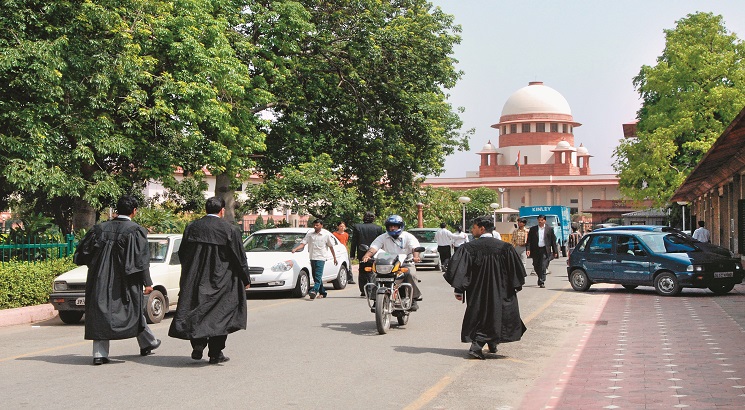 NEW DELHI, April 20: The Supreme Court of India has stayed the reversion of vacant 50% All India Quota seats to State Quota seats as was scheduled to happen after the conclusion of the NEET PG counselling second round. In addition, medical graduates allotted seats in the first round of counselling conducted by the Medical Counselling Committee (MCC) will be allowed to retain their seats until further orders are passed by the Supreme Court.

The Supreme Court interim order will be greeted with relief by candidates pinning their chances on securing admissions through All India Quota of NEET PG, especially those candidates having very limited options at State Quota level due to lack of colleges or desired specializations. The petitioners believe that the All India Quota seats should only be filled by medical graduates across India who have qualified for admissions under the same. As per them, the transferring of vacant seats meant that an unfair situation was created wherein candidates with higher ranks often eventually ended up losing the chance to get admission to coveted seats to State Quota students.

The NEET PG 2018 counselling process has been wrapped in various controversies with the Madras High Court already staying the counselling process once and candidates complaining about lack of clarity in seat allotment which has prevented them from opting for admission to the seats of their choice.

The authorities wanted the candidates to submit resignation within two days of the announcement of the result of round two on April 12 ie. by April 14, 2018. Since, the second round of counselling was postponed and the result was eventually declared only on April 14, 2018, the resignation date was also shifted to April 16, 2018.

Then came the Madras High Court stay order as per which round two counselling was stopped altogether for a brief period of time, meaning that candidates were eventually allowed to resign from their allotted seats till April 19. Now, with Supreme Court order adjourned for April 27, the admission seekers can retain their seats until the final order is declared.

The SC’s current directives imply that the round two of NEET PG counselling is likely to be suspended. However, candidates can continue reporting to their allotted colleges till April 22 as per the current schedule. With counselling for All India Quota seats meant to be concluded within two rounds only as per the rules, it will now be interesting to see whether the Court scraps the transfer of vacant seats altogether and asks the MCC to hold multiple rounds to ensure they are all filled.