NEET PG Counselling 2021: AIIMS RDA threatened to proceed with the token strike on December 29 including the shutdown of all non-emergency services. 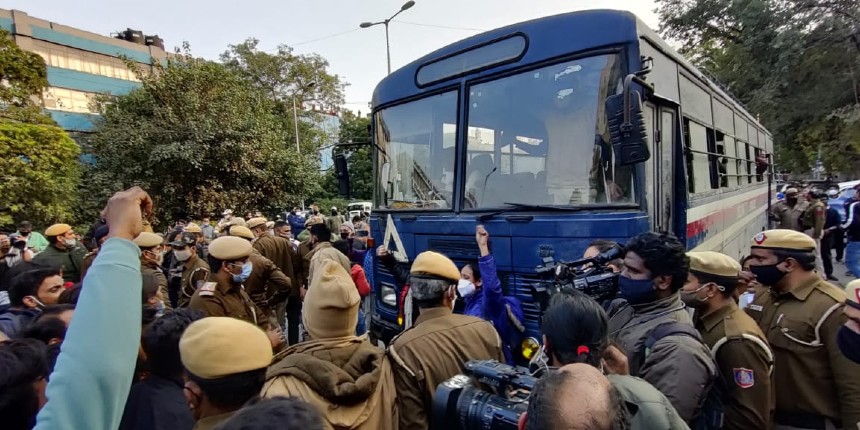 NEW DELHI: All India Institute of Medical Sciences resident doctors’ association (AIIMS RDA) condemned the “atrocities of police against the doctors who were protesting peacefully for expediting the NEET PG Counselling for admission of more than 42,000 doctors”. Demanding immediate release of detained doctors, the AIIMS RDA asked for an apology from the government and police for "manhandling doctors" and threatened to proceed with a token strike tomorrow, December 29, 2021.

Calling it a ‘black day’ for the medical fraternity, the resident doctors association in a letter to the health minister yesterday late evening wrote, “The medical fraternity has shown exemplary sacrifice for the nation at a time when Covid-19 pandemic was running carnage through the country. Thence, the same workforce feels backstabbed and betrayed by the duplicity of the lawmakers and police on the issue of NEET PG Counselling.”

The letter further said: “It is high time for the government to release a report of what has been done till date and what are the government’s plan moving forward to expedite NEET PG 2021 Counselling.”

“If not adequate response from the government is received within 24 hours”, the AIIMS RDA threatened to proceed with the token strike on December 29, 2021, including the shutdown of all non-emergency services, the letter added.

"2,500 resident doctors have been detained at Sarojini Nagar police station in Delhi," All India Medical Students' Association said. AIMSA wrote on Twitter, "SHAME ON YOUR GOVERNMENT. LATHI CHARGE on our doctors!!! The same people who saved the lives of lakhs of our countrymen during the prior COVID waves, and sacrificed their own and their family's lives being handled mercilessly! SHAME!”

Breaking : 2500 resident Doctors have been detained at Sarojini Nagar police station in Delhi :

: Thousands of Doctors from Safdarjung were marching towards Health minister's Residence will be detained at Sarojini Nagar Police Station. pic.twitter.com/jHw0RAsaTq

On December 25, FORDA said its members will be forced to go for "mass resignation" from services if their demands are not met at the earliest. Scores of resident doctors in Delhi also lit 'diyas' to register their protest here, even as patient care remained affected at various facilities in the city. The resident doctors who are protesting continuously for the past 11 days decided to march towards the Supreme Court on Monday to expedite the National Eligibility cum Entrance Test postgraduate counselling (NEET PG Counselling 2021) hearing. It was while marching towards the Supreme Court yesterday that the alleged lathi-charge by police took place.

Congress leaders Rahul Gandhi and Priyanka Gandhi Vadra on Monday slammed the PM Narendra Modi-led government for the police action against resident doctors in the national capital who took to the streets to protest the delay in NEET-PG counselling.

"Showering of flower petals from PR (public relations), in reality it is raining injustice. I stand with #CovidWarriors against the tyranny of the central government," the former Congress president said on Twitter. "In times of Corona, these young doctors supported the citizens of the entire nation by staying away from their loved ones. Now is the time to stand with the doctors and wake up Narendra Modi ji who used police force on them and ignored their demands. Doctors need respect and what is their right, not false PR," AICC General Secretary Priyanka Vadra said on Twitter.

Resident doctors of government-run hospitals on Monday intensified their stir over the delay in NEET-PG 2021 counselling and took out a march from Maulana Azad Medical College in central Delhi to the Supreme Court. However, the protesters were stopped by the police leading to scuffles. At least 12 protestors were detained by the police and released later. 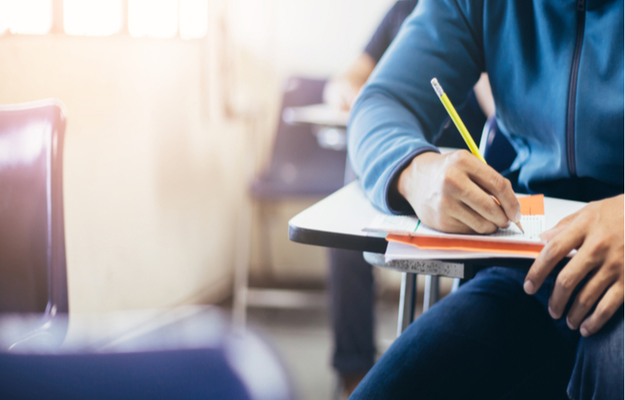