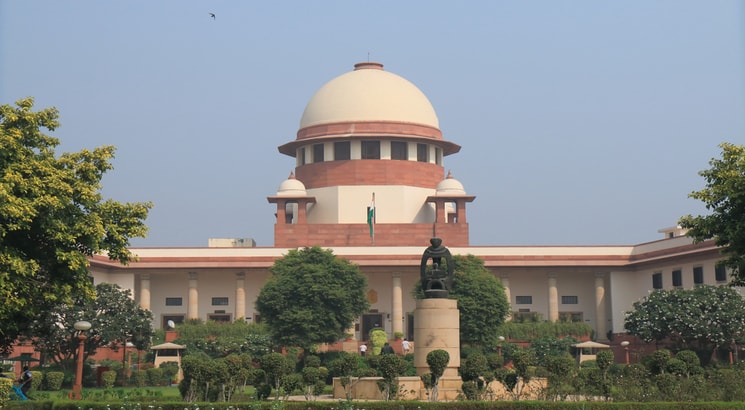 In the Maharashtra case, the petitioners were challenging the state eligibility rule which requires them to complete both Classes 10 and 12 from the state, along with fulfilling the domicile rule, to be deemed eligible for admissions to Maharashtra’s colleges. Assam on the other hand requires candidates to complete Classes 6 to 12 apart from fulfilling the domicile criteria. As per the petitioners, requiring mandatory education and residence in the state were rules which were in violation of Article 14 of the Indian constitution and discriminatory towards the candidates who were a domicile of the state but studied from Institutions located outside the state.

Completing Classes 10 and 12 from Maharashtra mandatory

Petitioners fighting against the Maharashtra government’s decision to bar candidates who had not completed both Classes 10 and 12 from the state, irrespective of their domicile, had first approached the Bombay High Court’s Nagpur Bench for relief. As per the interim order passed by the Bombay High Court on June 11, candidates who have not completed Class 10 were allowed to participate in the admission process. Meanwhile, the first admission list was released by the Directorate of Medical Education and Research (DMER), the state conducting body, on July 4. 31 candidates who did not fulfil the eligibility clause of schooling were allotted seats through the list.

In the final order passed by the Bombay High Court on July 26 however, the Maharashtra government’s rules were upheld. The court also dismissed the petitioners’ arguments that they were expected a positive response from the court and hence did not participate in the counselling for All India Quota seats in which the registration facility for round two was closed on July 11. The court replied to the appeal by stating that it was the responsibility of the students not to rely on a notice published by the regulatory body when the decision had yet to be declared final. The rules were clearly stated in the Maharashtra NEET information brochure issued on June 6 and the law deemed that the candidates were not eligible for admissions.

The Bombay HC decision was challenged in the Supreme Court via a Special Leave Petition (SLP) by a student who had studied Class 10 from outside the state.

On August 17, a two-member Bench comprising Justices Arun Mishra and Indira Banerjee rejected the SLP on grounds that the state laws were made to protect the rights of local students. Given the scarcity of doctors in the country, states could introduce laws to abridge the doctor-patient ratio within the state and the possibility of a local student practising in the state was more than a non-domicile student thereby legitimizing the introduction of strict domicile rules, the Bench decreed.

The Bench also pointed out that the 15% All India Quota seats were already available for all the medical and dental aspirants not belonging to Maharashtra. Outside of this, the state authorities had full authority to impose laws thought suitable by the government for 85% State Quota seats as stated in the Graduate Medical Education Regulations (1997).

The Supreme Court decision to agree with the state government’s rules finally brings an end to the confusions and controversies surrounding the eligibility clause which have invariably delayed admissions in each of the last three years. In the first two years, various candidates had obtained relief from the Bombay High Court, which had allowed those who had completed Class X from outside the state to be eligible. The current Supreme Court order is however likely to remain in place unless challenged before a higher Bench of judges.

Domicile criterion for 85% Quota in Assam challenged by medical aspirants, overruled by SC

On the same day the decision in favour of the Maharashtra government was passed, another Supreme Court Bench comprising Justices Arun Mishra and S Abdul Nazeer rejected the plea of Rajdeep Ghosh and others which challenged the domicile clause of Assam state.

Through Writ Petition 766/2018, the petitioners challenged the constitutional validity of Rule 3(1)(c) of the Medical Colleges and Dental Colleges of Assam (Regulations of Admission into 1st year MBBS/BDS Courses) Rules, 2017. As per the Rule, in order to be considered a domicile for admission to medical and dental colleges, candidates must be a citizen of India and a permanent resident of Assam state. To show the permanent residency in the state, a candidate or his/her parents should hold a certificate of 20 years of continuous residency in the state of Assam. In addition to this, candidates must have studied from Classes 7 to 12 in the state (Rule 3(1)(c)) of the aforementioned Regulation).

It was the requirement of studying all classes from 7 to 12 which was challenged by the candidates, most of whom had studied in Assam for a considerable period before completing Class 12 from outside the state. The petitioners argued that this requirement made Rule 3(1)(c) “...irrational, unreasonable and arbitrary”. The petitioners stated that the reason for completing schooling from other states was to enrol themselves in better coaching institutes.

Another argument which the petitioners put forth was with regard to the rule requiring candidates who pursue MBBS from the State to serve the state for a period of five years or spend one year of service in a rural area. If the bond was broken, students would required to pay an amount of Rs. 30 lakh. With such a rule already in place to protect the state’s interests, the petitioners termed that the classification of students as those who studied within and outside the state was to be considered as “directory and not mandatory”, otherwise it would “a hostile one and not based on any intelligible differentia”.

In reply, the Directorate of Medical Education (DME), Assam’s regulatory body for the state counselling process, emphasized that the rule was introduced in 2015. NEET aspirants knew that going by the rules, they will become ineligible in the state if they study any of Classes 7 to 12 from outside the state of Assam. Also, the appeal against the rule was not made before the conduct of the exam. Therefore, the rules are constitutionally valid, laid down as they were in the best interest of the state.

The court supported the state authorities by declaring that the state government can lay down the educational and domicile requirements as they wished since “the object of such a criterion is to emancipate the educational standards in the State”. Candidates were required to fulfil the criteria if they wanted to participate in the counselling of State Quota seats otherwise they had an option to apply for the state seats available under All India Quota.

The court also rejected the argument for availing better coaching outside the state by saying that relevant data was not presented by the petitioners that coaching is not available in the state. Moreover, the Bench ruled that if the candidates could afford coaching from outside the state, it showed that they belong to the affluent class and could also participate in the All India Quota counselling. This would give an opportunity to candidates whostudied from the state and were able to qualify the exam without coaching or with insufficient facilities.

As of now, the centralised counselling process for All India Quota seats is completed with the mp up round result for Deemed and Central Universities also being released on August 19. The seats for Government college seats had already been transferred back to the respective states after the second round. The mop-up round counselling results for State Quota seats in both Maharashtra and Assam state will be declared on August 21.