13 UK universities on brink of collapse without COVID-19 bailout: Report 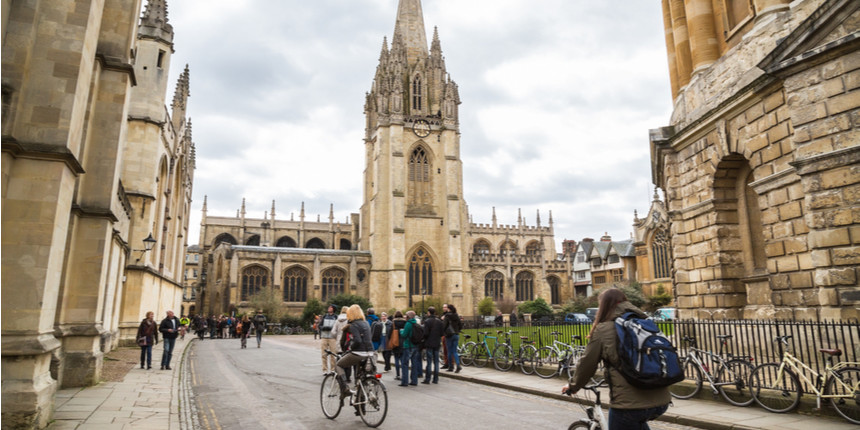 LONDON: An estimated 13 UK universities, educating around 5 per cent of students in the country, would not be able to survive the coronavirus pandemic lockdown without a government bailout support, a new report claimed on Monday.

The Institute of Fiscal Studies (IFS) estimates that long-term losses for the UK’s higher education sector could come in anywhere between 3 billion pounds and 19 billion pounds, with the biggest losses stemming from a fall in international student enrolments – including those from India who make up a large chunk of that segment.

“In our central scenario, 13 universities educating around 5 per cent of students would end up with negative reserves and thus may not be viable in the long run without a government bailout or debt restructuring,” notes the IFS in ‘Will universities need a bailout to survive the COVID-19 crisis?’.

“The biggest losses will likely stem from falls in international student enrolments (between 1.4 billion pounds and 4.3 billion pounds, with a central estimate of 2.8 billion pounds) and increases in the deficits of university-sponsored pension schemes, which universities will eventually need to cover,” it notes.

According to the official UK government statistics, Indian student numbers have been on an upward swing in recent years and from 2015 to 2019, annual UK study visa issuance rose by 229 per cent in India.

A British Council survey of Indian students had found that of those who have already applied to study abroad from later this year, 43 per cent said they are “not at all likely” to change their plans.

However, there is growing anecdotal evidence that many Indian students might choose to defer their plans as universities put blended teaching plans in place – a mix of virtual sessions due to COVID-19 lockdown travel restrictions and face to face sessions once these are substantially lifted.

“We recently conducted a survey of prospective Indian students holding offers from British Universities for the September 2020 intake. The message is very clear – Indian students wish to continue to come to the UK but certain requirements must be met,” said Sanam Arora, Chairperson of the National Indian Students and Alumni Union UK (NISAU-UK).

“Students want the British classroom experience and access to university infrastructure such as research labs. Eighty per cent of respondents said they would not accept their offer if learning for the entire next year moved online.

However, this number reduces to around 55 per cent if there is an initial period of online learning followed by on-campus teaching, and crucially, if the fees are accordingly discounted,” she said. The group believes Indian student numbers could, in fact, multiply after a short-term dip if the UK government takes these overseas students' safety and other "value for money" considerations on board in the long term.

“Students who go overseas also look forward to life experience and interacting with other students. We will not be surprised if the lack of clarity results in a drop of 50 per cent of Indian students in the coming year,” notes Amit Tiwari, President of the Indian National Students Association (INSA) UK.

The Universities and Colleges Admissions Service (UCAS), the coordinator of a centralised application process for British universities, had recently revealed a 32.9 per cent rise in applications from India this year over 2019, to hit a record 6,230.

The UCAS analysis also found that amid an overall spike in university applications for the year, most applicants were holding a firm offer to start a course from the autumn semester – which begins towards the end of September – despite the uncertainty around the coronavirus lockdown.

Universities UK International (UUKi), a representative body for hundreds of Britain’s leading institutions, highlighted measures such as the reopening of the visa centres across India from this week as well as the off-shore eligibility of post-study work visas as a positive sign.

“Indian students can now have confidence that even if they are unable to travel to the UK in the autumn to start their studies due to COVID-19, they will still be eligible to apply for the graduate immigration route if they are in the UK by April 2021,” said Vivienne Stern, director, Universities UK International.

The IFS report finds that a very tightly targeted bailout aimed at keeping the institutions in trouble afloat could cost around GBP 140 million. The institutions with the highest predicted losses all have large financial buffers and are therefore at little risk of insolvency.

The institutions at the greatest risk tend to have smaller predicted losses but had already entered the COVID-19 crisis in poor financial shape, the analysis concludes. The report is the latest to highlight the crisis faced by the UK’s higher education sector as a result of the pandemic.

The UK’s Department for Education says it had announced help for universities in May, including financial support and job retention schemes, and also the pulling forward of 2.6 billion pounds in tuition fee payments to ease cash flow problems.