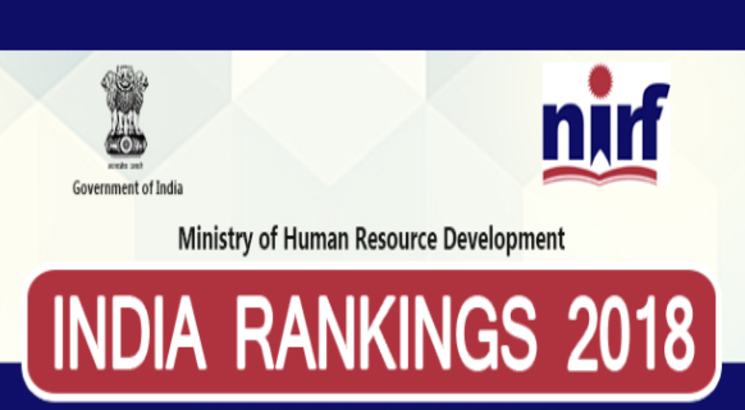 NEW DELHI, APRIL 3: Medical institutions have been ranked for the first time under the National Institutional Ranking Framework (NIRF) 2018, released by the Union Ministry of Human Resource Development (MHRD).The All India Institute of Medical Sciences (AIIMS) New Delhi has been adjudged as the top medical institute of the country, with an overall score of 90.71. AIIMS New Delhi is followed by the Post Graduate Institute of Medical Education and Research (PGIMER) Chandigarh with a score of 78.73.

Out of a total of 3954 institutions which participated in the NIRF 2018 rankings across all of these categories, there were 101 participants from the medical domain. The NIRF rankings were allotted to the top 25 institutions in these. The AIIMS, New Delhi, an Institute of National Importance (INI) is followed by PGIMER Chandigarh and Christian Medical College (CMC) Vellore at the second and third positions, respectively. CMC Vellore has also emerged as the top ranked private medical college.

All Eggs in One Basket

The accuracy and credibility of such rankings is highly dependent on the voluntary participation of institutions since they form the primary source of correct data collection in the ranking exercise. Taking this into consideration, medical institutions around the country do not seem to have shown much enthusiasm in participating in the NIRF Rankings this year, despite being invited for the first time.

Of the approximately 479 MBBS institutions, 312 BDS institutions and numerous other college offering MD, MS, MDS, AYUSH and other allied medical courses in the country, only 101 medical institutions have participated in the NIRF 2018 rankings as mentioned. Out of these, only 25 colleges have been ranked despite differing majorly in terms of scope and the courses offered, putting into question the credibility of how these comparisons were made.

Over the past many years, the Maulana Azad Medical College (MAMC) Delhi, has consistently emerged as the most preferred and sought after medical college among NEET UG candidates for its coveted MBBS course. Even though the college participated in the NIRF 2018 rankings, it surprisingly failed to secure any rank.

Two Central Universities of India, namely the Banaras Hindu University (BHU) and Aligarh Muslim University (AMU) have been positioned in the top 10 ranks, coming in at the 7th and 9th positions respectively. Apart from these, the two INIs, namely AIIMS New Delhi (Rank 1) and Jawaharlal Institute of Postgraduate Medical Education and Research (JIPMER) Puducherry (Rank 6) have been placed in the top 10 ranks in the medical category.

Among all the private medical colleges which participated in the rankings, Christian Medical College (CMC) Vellore has bagged the topmost position amongst them, emerging as the third ranked college overall. The Manipal campus of Kasturba Medical College has obtained the fourth position while King George’s Medical College, Lucknow, the top ranked state Government college, rounds off the top 5. The top ten medical colleges in the NIRF 2018 rankings and their overall scores have been given in the table below.