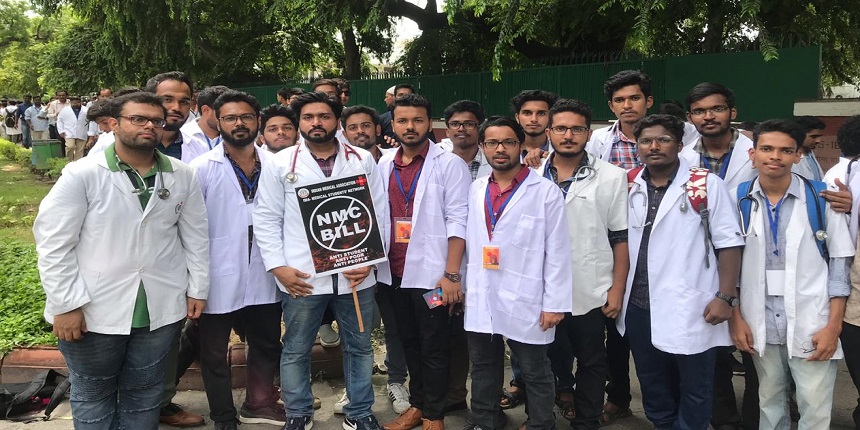 NEW DELHI, JULY 29: Hundreds of medical students today gathered outside the Ministry of Health and Family Welfare (MoHFW) to protest against the National Medical Commission Bill 2019. Medical students from different medical colleges all over the country gathered and demanded rollback of some provisions of the Bill, they alto termed the Bill in its present form as ‘Anti People, Anti Poor, Anti Students, Anti Democratic’

“First time in the history of medicos unity, Thousands of medical students & doctors from across the nation were united against NMC bill and protested in front of Health Ministry. This is historic to demonstrate a grand show of strength and unity,” said Dr Harjit Singh Bhatti, President Resident Doctors’ Association (RDA), AIIMS.
He added that now the healthcare professionals are alert and aware and will not accept the imposed policies by the government. 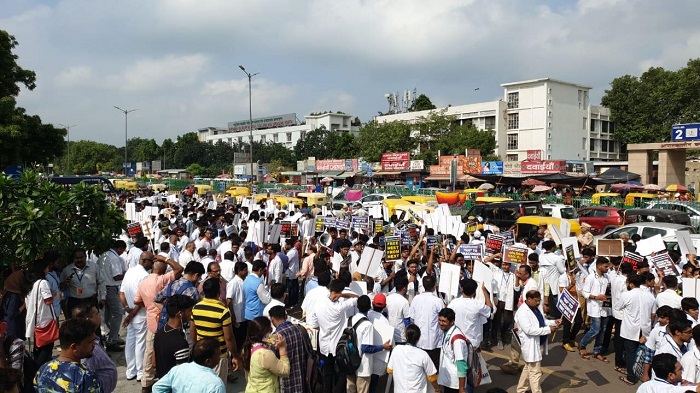