The Nobel Assembly at Karolinska Institute has declared the Nobel Prize 2021 winners for Physiology or Medicine. 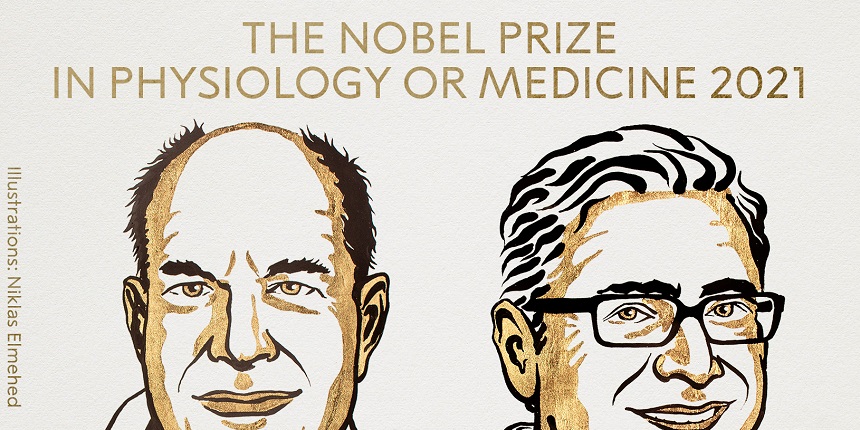 NEW DELHI: The Nobel Assembly Karolinska Institute, a medical university in Sweden, has announced the winners of the Nobel Prize 2021 for physiology or medicine. David Julius and Ardem Patapoutian have jointly received the award for their discoveries of receptors for temperature and touch.

“The 2021 #NobelPrize in Physiology or Medicine has been awarded jointly to David Julius and Ardem Patapoutian “for their discoveries of receptors for temperature and touch,” the Nobel Prize official page said in a social media post.

BREAKING NEWS:
The 2021 #NobelPrize in Physiology or Medicine has been awarded jointly to David Julius and Ardem Patapoutian “for their discoveries of receptors for temperature and touch.” pic.twitter.com/gB2eL37IV7

“The seminal discoveries by this year’s #NobelPrize laureates in physiology or medicine have explained how heat, cold and touch can initiate signals in our nervous system. The identified ion channels are important for many physiological processes and disease conditions,” the official page added.

“Our ability to sense heat, cold and touch is essential for survival and underpins our interaction with the world around us. In our daily lives we take these sensations for granted, but how are nerve impulses initiated so that temperature and pressure can be perceived? This question has been solved by this year’s Nobel Prize laureates,” an official statement from the Nobel Prize website said.

While Julius used capsaicin, a pungent compound from chili peppers that ignites a burning sensation to identify a sensor in the nerve endings of the human skin that responds to heat, Patapoutian used pressure-sensitive cells to find out a novel class of sensors that respond to mechanical stimuli in the skin and internal organs, the statement said.

These “breakthrough discoveries” initiated in-depth research resulting in a swift increase in our understanding of how the human nervous system reacts to sensations of heat, cold, and pressure, the statement added.

The laureates identified critical missing links in our understanding of the complex interplay between our senses and the environment, the statement read.