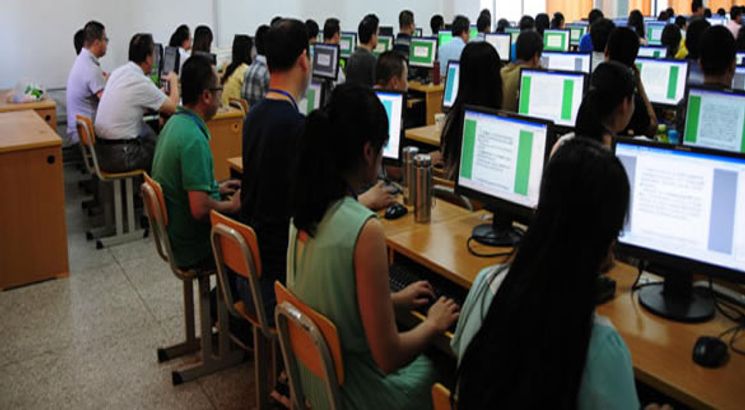 New Delhi, October 30: Railway Recruitment Control Board (RRCB) has announced that more than 1.5 crore candidates have appeared in RRB ALP Technician and Group D examinations so far. As per a notification released, the RRCB officials are expecting that around 1.89 crore candidates would appear for RRB Group D exam which is about to conclude on December 17. This means that these many candidates have registered to appear in the test for various technical and non-technical posts in Level 1 category.

As per the RRCB officials. “This mammoth examination has been organized by Railway Recruitment Control Board for Indian Railways. The examination is being held in over 400 centers. Each day 3 to 4 lakh candidates appear at the examination and the attendance is over 60%. It will be completed in 51 days by end of December, 2018.”

It must be noted that Indian Railway has organised the examination at such a large scale for filing up more than 1.22 lakh vacancies in RRB Group D and ALP & Technician posts. Among the total vacancies, 62,907 are for Group D posts, while 64,370 are for RRB ALP and Technician level posts.

Earlier, the RRBs had also completed first stage RRB ALP Computer Based Test wherein 47.56 lakh candidates had taken the test for Loco Pilot and Technician posts from 9th August to 4th September, 2018. The exam was held in multiple sessions each day to accommodate large number of test takers. The examination authority is likely to declare the RRB ALP Result 2018 soon to select candidates for the next round of recruitment process.

According to the official announcement, around 9,65,565 candidates are to be shortlisted for taking RRB ALP stage 2 exam, which is equal to 15 times the number of total vacancies.

Along with the other arrangements for the examination, RRCB has provided Google link map on the admit card so that candidates can reach their test centers without any hassle.  Also, the examination authority has made an elaborated arrangement to handle the large scale examination. Each online examination center selected to conduct the exam is equipped with modern electronic devices to ensure free and fair examination. The CCTV cameras have been installed in the examination halls to notice any misconduct or malpractice during the exam. Apart from trained invigilators, flying squads have also been deputed to visit examination centers so that there is no unfair means adopted by any candidate.