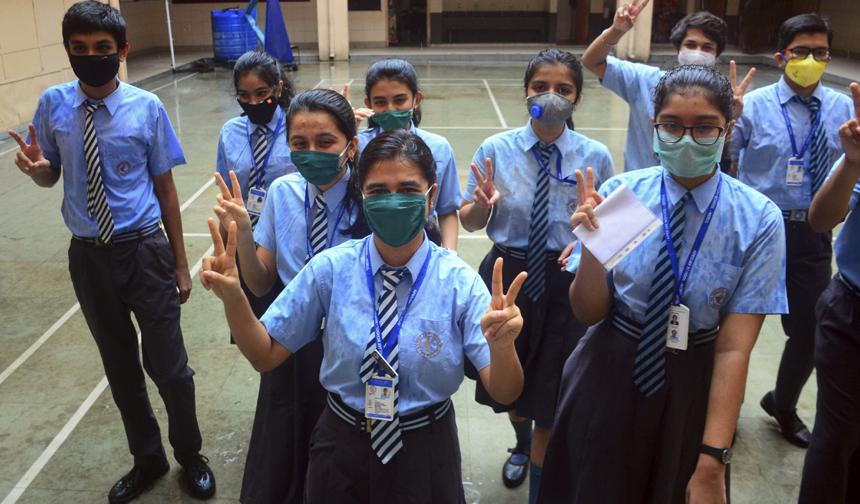 NEW DELHI: Gauri Srivastava and her sister Anshika burnt the midnight oil for their CBSE board exams as riots raged just metres away from their house in northeast Delhi's Bhajanpura in February and their hard work paid off as both came out with flying colours.

Defying all odds, Gauri, a Class 10 student of Sarvodaya Kanya Vidyalaya in Yamuna Vihar, scored 97.67 per cent and topped her school, while her elder sister Anshika, a student of Hansraj Smarak Senior Secondary School, secured 85 per cent in her Class 12 CBSE Board exams.

Communal clashes had broken out in northeast Delhi on February 24 after violence between citizenship law supporters and protesters spiralled out of control, leaving at least 53 people dead and around 200 injured.

It has not been an easy ride for the sisters as their exams were first affected by the riots and then the coronavirus-induced lockdown that first led to the postponement and subsequently cancellation of their exams.

"I would keep myself updated about the news of riots but I kept my daughters away from social media and the news channels. "I did not want them to feel scared and did not want their concentration getting affected by hearing about the riots," their father, Vinay Srivastava, a businessman, who deals in electrical goods, told PTI. "I ensured that my daughters stayed away from watching the news and social media, which was abuzz with stories about the tension outside," he added.

He said even though the riots were taking place on the main road and their house is located inside a lane, the people in their locality stood united and would guard the area so that rioters could not enter.

Gauri has now begun preparation for the IIT and has started taking online coaching classes. She wants to become a software engineer. Her elder sister, Anshika, has filled the form for agricultural engineering at Banaras Hindu University.

UGC and CBSE to coordinate on CBSE compartment result 2020 date