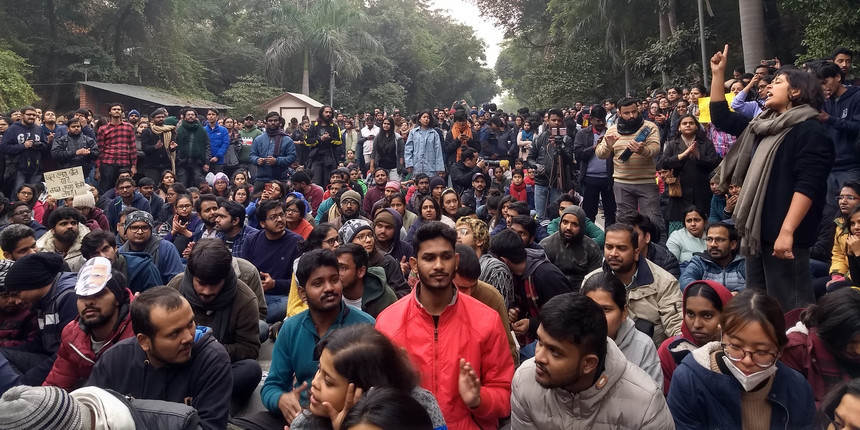 NEW DELHI: Priyaranjan Kumar, a third-year Bachelor’s student in the School of Language, Literature and Culture Studies, said that it was around 4 pm in the evening, he was having parantha with his friends at the Godavari Dhaba of Jawaharlal Nehru University (JNU) when he saw a mob running and shouting “hit them, kill them”.

“I went to have a look at what was happening but I promptly left as I didn’t want to run into trouble. The mob was beating up random students. I didn’t even realise that Delhi Police had listed me as a suspect till someone told me,” said Kumar. He claimed he was sure the mob comprised members of the Akhil Bharatiya Vidya Parishad (ABVP) and that he could recognize some of them. The police named just two members of ABVP. 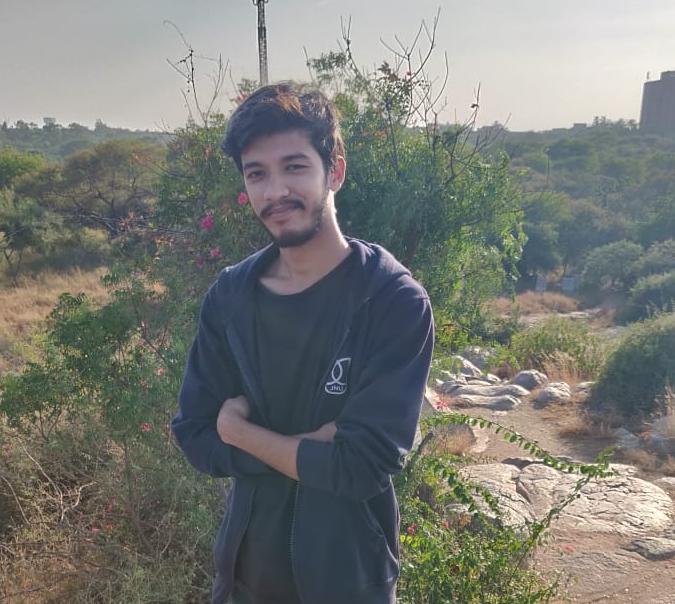 Kumar (in picture) claims that he is clueless on the issue.

Kumar was one of nine students named by the Delhi police as suspects in the violence at Jawahar Nehru University on January 4 and 5. Screenshots of a video were highlighted by the police as proof of Kumar’s involvement in the violence.

Another accused student, Dolan Samanta of the School of Social Sciences, said that she was not even at the college on January 4 when the students union and left student bodies were accused of tampering with the web servers to stop students from registering for exams. The JNU Students’ Union had called for a boycott of the exam as a protest against the increased fee hike at the university.

A screenshot of Samantha with a scarf over her face was widely circulated as proof of her complicity in stopping people from registering. The Delhi police have also used the same screenshot while naming her as a suspect. 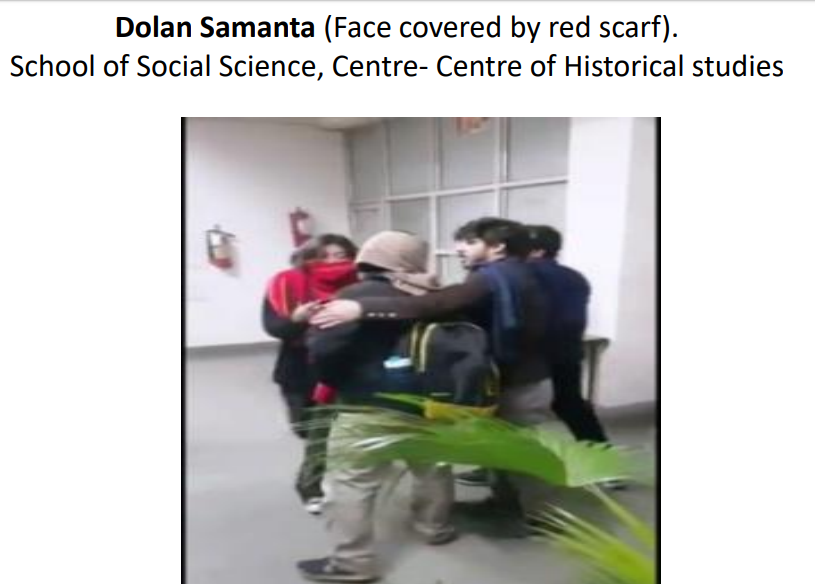 “In the video, I was actually stopping a research scholar at the Center for the Study of Social Systems who had been taking photos of women students without permission. All of the so-called proof that the Delhi police is showing is actually picked up from WhatsApp statuses and videos spread by the ABVP. We have proof that the videos were shared among the ABVP members way before ” said Samanta.

“Also, the video was taken during one of our protests at the School of Social Sciences, then how can the Delhi Police claim that it was taken at the Communication and Information Services building where the servers are?” she asks.

Sucheta Talukdar, JNU Students Union councillor and another one accused, said that she doesn’t even know if it is indeed her in the video or what the context of the video is. She denied knowledge of the alleged tampering of web servers by the union members. “I was not present on January 4 when the servers were damaged. So It is not right for me to talk about that,” Talukdar said.

The accused students alleged that the police were conducting a “political investigation” that aligns with the interests of the ABVP and the ruling party, the Bharatiya Janata Party.

“Delhi Police are complicit with the ABVP… The sting operation by India Today has further exposed that. Anima Sonkar, ABVP Delhi’s joint secretary even admitted that they were behind the attacks. Now the police are conveniently not talking about the attack at Sabarmati at all,” Samantha added. India Today channel had conducted a sting operation on the JNU violence and had a student from ABVP "confessing" he was involved and led others on camera.

“I was a victim of the Sunday’s violence now they have accused me as a suspect. Will they be responsible for my security the same way they are protecting the student whose identity was revealed by JNU students and Altnews from the viral images?” Samanta said.

The students also accused the police of protecting the masked goons.

“On January 5, after the mob attacked the JNUTA meeting a few of us saw them running towards the Periyar hostel. The police were also stationed there," said Talukdar.

"It was clear that the Delhi Police was shielding the attackers. When we asked them why they are protecting the goons, the police replied that they were just there to ensure that we are safe. But we clearly could see what was happening,” she said.

Meanwhile, the ABVP in a statement given on January 10, had termed the investigation “impartial” and accused that “in several universities, the Left organisations were continuously and violently targeting students who dare to disagree with them”. In the same statement, ABVP National Secretary Nidhi Tripathi also accused that “students who disagreed with the communist ideology are discriminated against by the Left-wing professors” in the university.