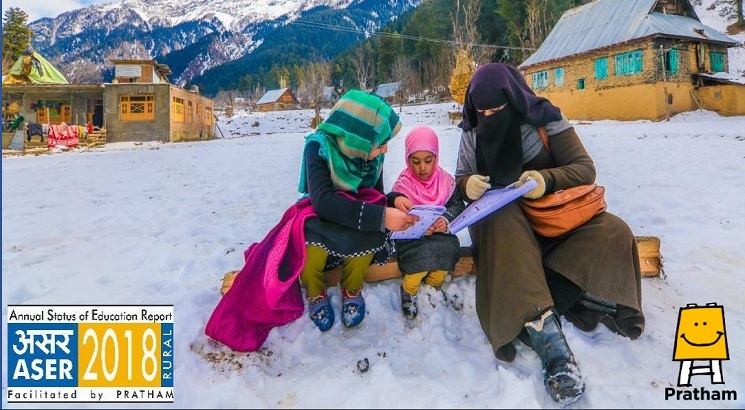 NEW DELHI, JANUARY 16: The year on year increase in private school enrolment seems to have stopped around 30 percent since 2014, reflecting a positive change in the improvement of the quality of education in government schools. From 2006 to 2014, private school enrolment increased steadily from 18.7% to 30.8%, suggests the recent Annual Status of Education Report (ASER) 2018.

An increase of more than 2 percentage points over 2016 is visible in Jammu and Kashmir, Himachal Pradesh, Bihar, and Gujarat. Most states in the north-east, other than Mizoram, see an increase in private school enrollment between 2016 and 2018. 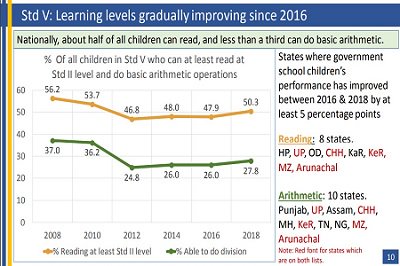 Enrolment vs Attendance
For over ten years, since 2007, the enrolment of children for the age group 6 to 14 has been above 95%. The proportion of children (6-14 years) who are not enrolled in school has fallen below 3% for the first time and stands at 2.8% in 2018.
Though the overall enrolment has been above 95% since 2010 attendance varies from state to state with some states registering more than 85% while some having attendance as low as 60%.

Attendance based on visit on a random day States: ASER 2018 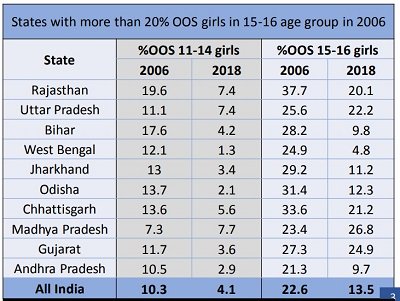 No overall increase in private school enrollment since 2014