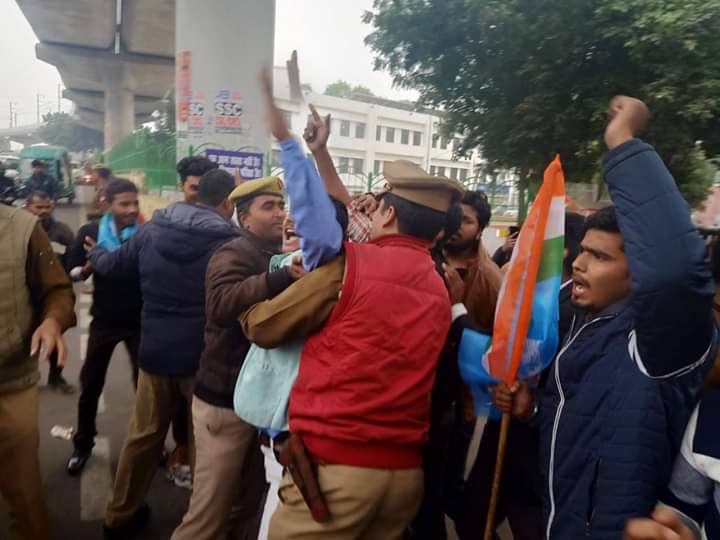 NEW DELHI: The alleged leaking of law exam questions has resulted in the cancellation of the semester’s exams and student protests at Lucknow University in Lucknow, Uttar Pradesh.

On December 11, six audio-clips began to circulate on WhatsApp groups. These, allegedly, were snatches of conversations between a law student enrolled in the third semester of BA LLB at one of the university’s affiliated colleges and three law teachers and the acting Vice-Chancellor. The conversations were on the third semester examinations and topics that were important for the exams. One teacher in particular, said Lucknow University Teachers’ Association secretary, Vineet Kumar Verma, was “explaining in more detail” than others.

On December 11 itself, all further law exams were put on hold by the university. This affected around 2,900 students in the third semester alone, according to The Times of India. An internal inquiry committee with three members was instituted; two of the three teachers recorded were suspended on Wednesday and a First Information Report, or FIR, registered with the police against one teacher and the woman student, allegedly enrolled at the City Law College, Lucknow. On the night of December 12, the UP state government constituted a Special Task Force to investigate.

Meanwhile, students and a section of teachers, angered by the handling of the allegations by the acting Vice-Chancellor launched a protest on December 12. “Why has the VC suspended two teachers without an inquiry but not initiated any strong action against the woman in the recordings?” asked Juber Ahmad, first-year law student who was supposed to write his fourth paper in the Semester I exams on Friday. He is also a member of the Samajwadi Chhatra Sabha, Samajwadi Party's student wing. “Also, there was a nice conversation between her and the VC, so why has there been no action against him?” He added that exams of only her college should have been cancelled, not all.

Students launched their protest at the university’s new campus and by evening, said Ahmad, they had surrounded, or gheraoed, the VC’s residence.

The teachers’ association is against the administration’s actions as well. “You can’t suspend teachers without conducting any enquiry or hearing their side of things,” said Verma. “If action had to be taken, it should have been taken against all four, including the VC. But the teacher who was heard giving the most details has not been suspended.” Verma further pointed out that Lucknow University has seen numerous scandals and cases of corruption this year on which it has allegedly done nothing. “We also demanded investigations into the fake marksheet scam and the cheque fraud in which Rs. 1 crore was removed from the institution’s account,” he said. “Nothing was done”. 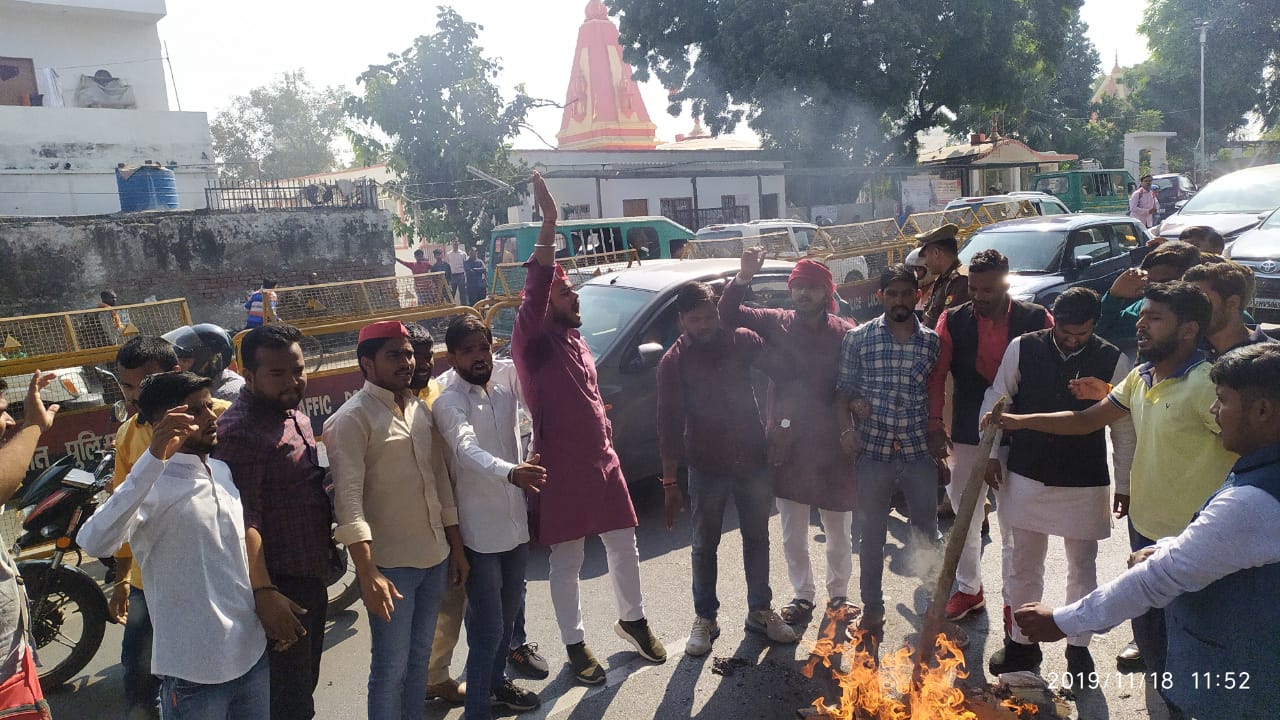 The woman and other conspiracies

The Indian Express reported that the woman student now facing a police case is allegedly Richa Mishra, the managing director of a hospital in Lucknow.

“It is not quite clear what has happened,” said Verma, taking a sober view of the incident. “Why would anyone benefitting from an alleged leak then circulate those recordings? Then, the conversations were more about topics that were important to study with one teacher explaining in more detail than others. The VC’s comments are more about putting the student in touch with others. These discussions were not clearly on question papers. So, this is not exactly or obviously a paper-leak – where the entire paper or exact questions are made public – but can be interpreted that way.” Another theory floating about is that the entire controversy has been orchestrated by the former VC, now again a contender for the vacant post, to discredit the present administration.

The acting VC hinted that as well. He told the The Indian Express that the protests were a “planned conspiracy” as the students were shouting slogans demanding the reappointment of the previous VC.

“The students are demanding that the cancellation of exams should be revoked,” the VC told IE. “The issue is that the paper was leaked, and several students may have benefited from it. So, we cancelled the exams. However, several students said the benefit of paper leak was restricted to a specific examinee. So, we have decided that an internal committee will assess whether the paper was leaked publicly or just to one person. Based on the report, we may reconsider the decision.”