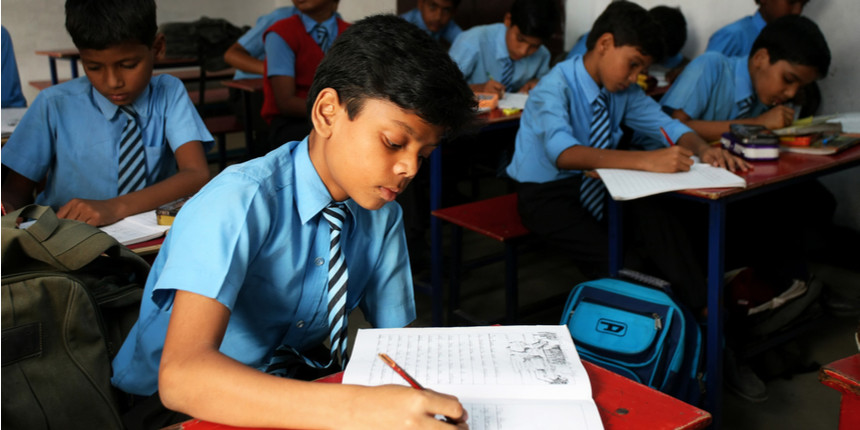 At the virtual event, which connected him to teachers, students and their parents from more than 4,000 schools and ministers, MLAs, officials and non-teaching staff, the chief minister also announced the creation of 8,393 pre-primary school teachers posts and said they would be filled up soon by the education department, according to a government release.

Pointing to the challenges in education in view of the COVID-19 situation, Singh said the mission is aimed at further strengthening the digital education infrastructure in schools through e-books, EDUSAT lectures, e-content, online classes, broadcast of lectures through television and video lectures prepared by the teachers.

"The mission will help further boost the standards in government schools, which had witnessed massive improvement in the education quality and performance in the past three years, in line with the state government's decision to curb all malpractices in board exams," he said.

A National Achievement Survey held early in 2017 had shown Punjab could not perform on expected lines, he recalled, adding that the strictness brought in thereafter had led to "exceptional improvement" in the students' performance.

Lauding the contribution of smart schools to raising educational standards in Punjab, Singh said of the total 19,107 schools in the state, 6,832 are smart schools, to which another 1,467 were being added on Saturday. He said 13,859 projectors would be provided to the remaining schools too, in order to make them smart schools.

The chief minister said a budgetary provision of Rs 100 crore had been made this year for digitisation of schools. On this occasion, 2,625 tablets were distributed to students in 372 primary government schools. To mark the conclusion of the Punjabi Week on Saturday, the chief minister directed minister Tript Rajinder Singh Bajwa to draw out a detailed plan for the promotion of the Punjabi language and revival of the Patiala Central Library, which was facing an acute funds shortage.