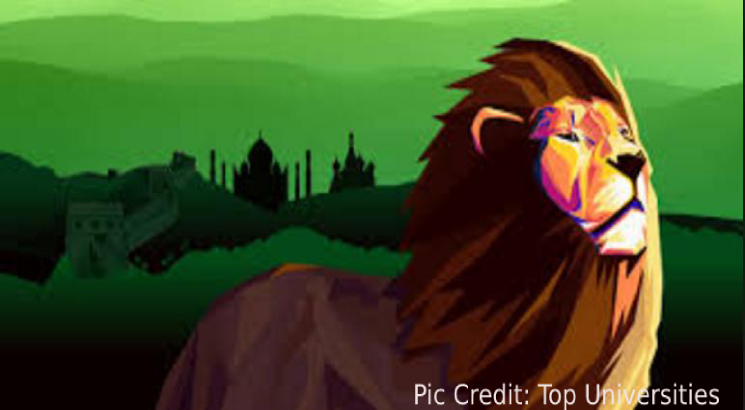 The Indian contingent includes all the older IIT’s and IISc. IIT Bombay which was ranked at number 13 in the previous years ranking has improved its ranking by 4 positions and is now ranked at number 9. IISc Bangalore lost its previous ranking of number 6 now features at 10th position.

Out of the total 300 universities ranked, 94 belong to China, Brazil, India and Russia have 61, 65 and 68 respectively, and 12 are South African. China leads the top 25 universities with 13 institutions with Tsinghua University, Peking University, Fudan University and University of Science and Technology of China as the top four.

Top Universities has been ranking the BRICS nations (Brazil, Russia, India, China and South Africa) since 2013. This is an attempt to highlight and track the progress of the BRICS nations in the academic arena. A total of eight indicators are used to compare the academic standing of the educational institutions of these countries. While a few indicators are the same as that used for the world rankings, QS has considered the regional priorities and challenges specific to the BRICS countries. The indicators are; Academic reputation (30%), Employer reputation (20%), Faculty/student ratio (20%), Staff with a PhD (10%), Papers per faculty (10%), Citations per paper (5%), International faculty (2.5%), International students (2.5%).