Schools reopen in Punjab for 5 to 12 standard

Punjab decided to reopen all government, semi-government and private schools for 5 to 12 class from January 7 after months of online learning 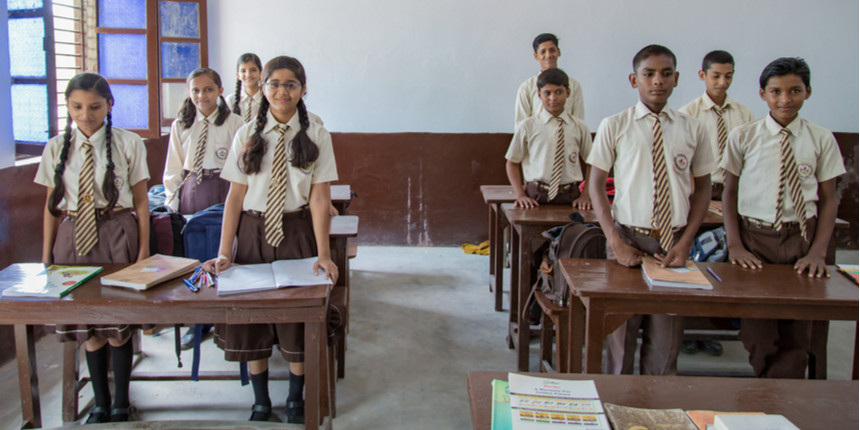 CHANDIGARH: Schools in Punjab reopened for students of classes 5 to 12 on Thursday, allowing children to return to classrooms after months of online learning. Schools across states, including Punjab, have largely remained closed since March last year when the country was placed under lockdown to prevent the spread of COVID-19.

School authorities said they strictly adhered to coronavirus-related safety guidelines and teachers ensured children maintained social distancing. Some schools also provided masks to students. Students said they were excited to be meeting their classmates and teachers after long.

In Hoshiarpur, students of Government Girls Senior Secondary School, Talwara were a happy lot as they entered the school premises. They were given a warm welcome by the school principal and teachers upon their arrival. School principal Suresh Kumari said out of 740 students, 625 attended school.

All benches were sanitised ahead of the opening of the school. Several parents, who came to attend the parent-teacher meeting, also expressed happiness over the reopening of schools and said they had been waiting for it for a long time. Jasandeep Kaur, a Class 6 student, said she was overjoyed to have come to school after a long time and meet her teachers and classmates.

Punjab Education Minister Vijay Inder Singla had on Wednesday said that following the persistent demand of parents, the state government had decided to reopen all government, semi-government and private schools from January 7. The school timings will be from 10 am to 3 pm.