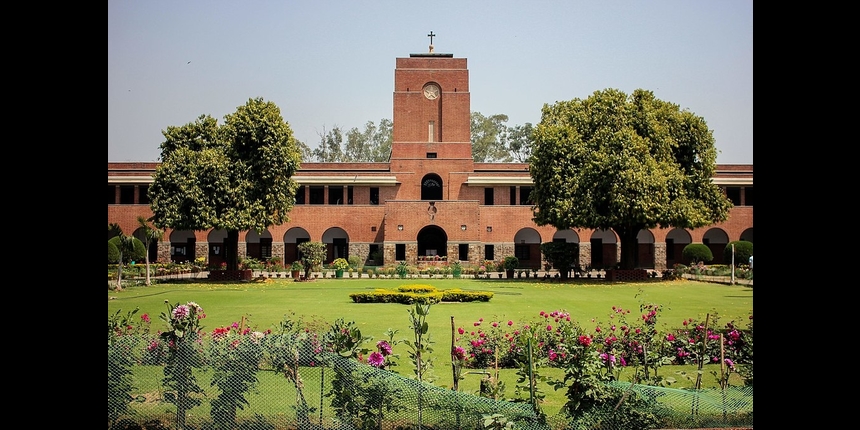 In a letter addressed to the governing body of the college, the class representatives of second and third-year students complained that the college is charging fees for on-campus facilities that are not being utilised.

The students are being charged Rs 2,000 for the Internet Resource Centre (IRC) and IT despite no support from the college for the online classes, the letter said. The fee has also been increased from Rs 1,200 in the previous semester. In addition, the students will also have to pay Rs 2,400 for electricity and water and Rs 900 for the library, none of which they are currently using.

The letter further said that the college has also charged an“establishment fee” of Rs 9,600 which has been unaccounted for. “Year after year, students continue to be charged an 'Establishment Fee' without any transparency around its use. This semester we have been charged a hefty Rs 9,600 as part of the same. We are observing the burden of multiple appointments which are not UGC sanctioned or approved being passed on to students," the class representatives said.

The students have also requested an extension of the last date to pay the fee from November 20.

The students have also highlighted the gradual increase in the overall fee structure which is high compared to other DU colleges. Charges under mess facilities saw a jump of 65 percent between the year 2017-18 and 2019-20. The controversial establishment fee increased 33 percent during the same period. The average three-year fee for students at St. Stephen’s college now stands at Rs 1,36, 681.

According to data shared by the students on social media, this is the break up of the fee charged. 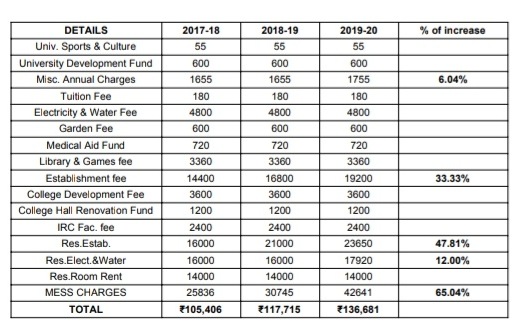 The average fee structure of Jesus and Mary College, the other Christian minority college affiliated to DU, is just a fraction of that amount -- Rs 15,000 for a year.

“We have been witnessing a fee hike over the years without any justification or transparency and now request the administration to provide clarity over the various components of the bill,” the letter said.

The fee has also risen for some students as they have not vacated their hostel rooms. On July 25, the college had asked students to vacate the hostel by August 7 or pay a “modest room rent” of Rs 100 per day. The colleges and campus have been shuttered since March due to the COVID-19 pandemic.

The college, on November 7 issued a formal clarification denying allegations of fee hike and stressed that the matter pertaining to college fees is transparent. “The report that St. Stephen's has hiked the fees is false and misleading. While the semester fee per student in the year 2019-20 was Rs.20,440/-, the fees charged in the year 2020-21 for the second and third-year students as an interim arrangement in the light of Covid lockdown and online classes is Rs. 18,580,” the official statement said.

As a response to a detailed questionnaire emailed by Careers360, the principal, John Varghese sent the official statement issued on Saturday. No further clarifications were received.

INI CET 2021 result to be announced today at aiimsexams.org