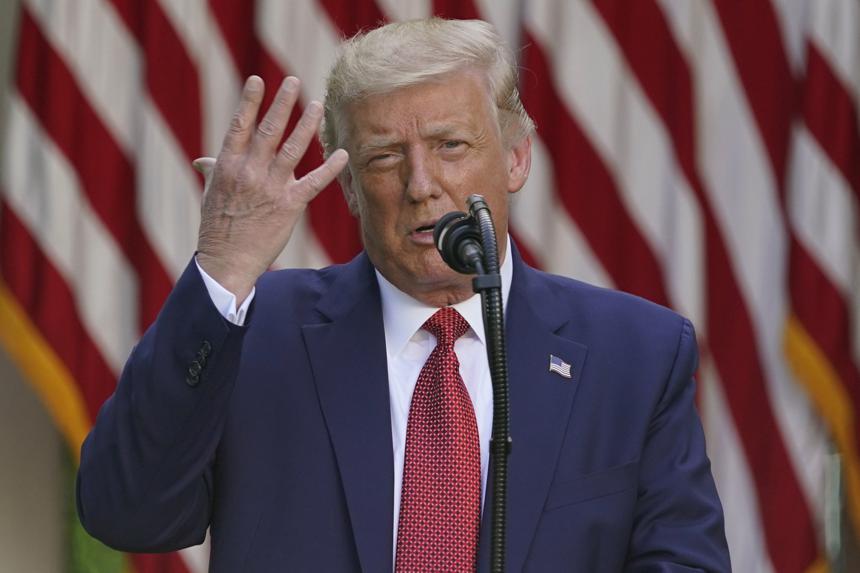 WASHINGTON: In a surprise U-turn, the Trump administration has dropped its controversial plan to deport hundreds and thousands of international students, including Indians, if their universities switch to online-only classes in this fall semester due to the coronavirus pandemic.

On July 6, the US immigration authority announced that foreign students will have to leave the country or risk deportation if their universities switch to online-only classes during the September to December semester. The Immigration and Customs Enforcement (ICE) said that for the fall 2020 semester students attending schools operating entirely online may not take a full online course load and remain in the US.

The U-turn in just one week by the administration on Tuesday comes following a nationwide and international outrage against its order and a series of lawsuits filed by over 200 educational American educational institutions, led by the prestigious Harvard University and Massachusetts Institute of Technology (MIT). The institutions wanted permanent injunctive relief to bar the Department of Homeland Security (DHS) and the ICE from enforcing the federal guidelines barring international students attending colleges and universities offering only online courses from staying in the country.

As many as 17 US states and the District of Columbia, along with top American IT companies such as Google, Facebook and Microsoft, joined the MIT and Harvard in the US District Court in Massachusetts against the DHS and the ICE in seeking an injunction to stop the entire rule from going into effect.

"I have been informed by the parties that they have come to a resolution. They will return to the status quo," Judge Allison Burroughs, the federal district judge in Boston, said in a surprise statement at the top of the hearing on the lawsuit.

The announcement comes as a big relief to international students, including those from India. In the 2018-2019 academic year, there were over 10 lakh international students in the US. According to a recent report of the Student and Exchange Visitor Programme (SEVP), 1,94,556 Indian students were enrolled in various academic institutions in the US in January. Judge Burroughs said the policy would apply nationwide.

"Both the policy directive and the frequently asked questions would not be enforced anyplace," she said, referring to the agreement between the US government and MIT and Harvard. Congressman Brad Scneider said this is a great win for international students, colleges and common sense. "The administration needs to give us a plan to tackle our public health crisis - it can't be recklessly creating rules one day and rescinding them the next," he said in a tweet.

India raises issue of US visas

Last week, India also raised with the US its decision to withdraw US visas from foreign students if their universities switch to online-only classes. The issue was raised by Foreign Secretary Harsh Vardhan Shringla during an online meeting with US Under Secretary of State for Political Affairs David Hale. Last week, more than 136 Congressmen and 30 senators wrote to the Trump administration to rescind its order on international students.

"This is a major victory for the students, organisers and institutions of higher education in the #MA7 and all across the country that stood up and fought back against this racist and xenophobic rule," said Congresswoman Ayanna Pressley. "Taking online classes shouldn't force international students out of our country," Congressman Mikie Sherrill said in a tweet. In their lawsuit, the 17 states and the District of Columbia said for many international students, remote learning in the countries and communities they come from would impede their studies or be simply impossible.

The lawsuit alleged that the new rule imposes a significant economic harm by precluding thousands of international students from coming to and residing in the US and finding employment in fields such as science, technology, biotechnology, healthcare, business and finance, and education, and contributing to the overall economy.

In a separate filing, companies like Google, Facebook and Microsoft, along with the US Chamber of Commerce and other IT advocacy groups, asserted that the ICE directive will disrupt their recruiting plans, making it impossible to bring on board international students that businesses, including the amici, had planned to hire, and disturb the recruiting process on which the firms have relied on to identify and train their future employees. This will make it impossible for a large number of international students to participate in the Curricular Practical Training (CPT) and Optional Practical Training (OPT) programmes.

The US will "nonsensically be sending...these graduates away to work for our global competitors and compete against us...," they said. International students enrolled in academic programmes at US universities and colleges study on an F-1 visa and those enrolled in technical programmes at vocational or other recognised non-academic institutions, other than a language training programme come to the US on an M-1 visa.

The US is the worst-hit country by the COVID-19 pandemic. The virus has infected more than 3.4 million people and killed over 130,000, according to Johns Hopkins University data. International travel restrictions in place due to the pandemic have made it increasingly difficult for foreign students in the US to return to their home countries, while those outside America are uncertain if they will be able to travel back.