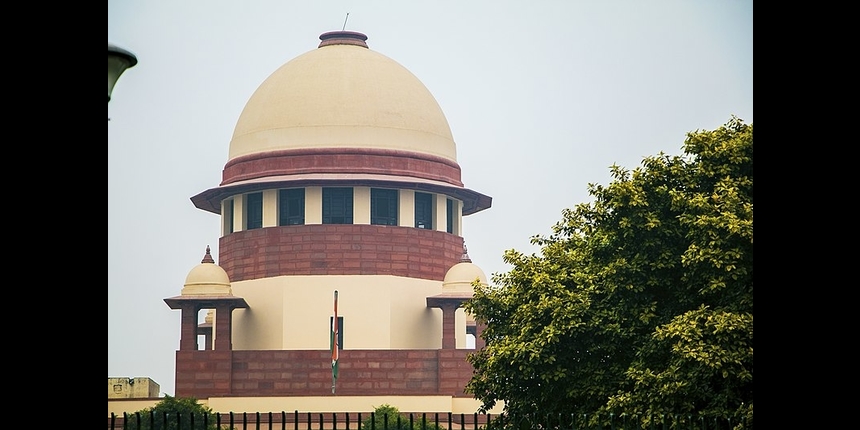 NEW DELHI: The UGC in the Supreme Court on Monday questioned the decisions of Delhi and Maharashtra governments to cancel final year exams of state universities amid the COVID-19 pandemic, saying they were against the rules. Solicitor General Tushar Mehta told a bench headed by Justice Ashok Bhushan that states cannot change the rules of the University Grants Commission (UGC) as only it is empowered to prescribe rules for conferring degree.

Mehta argued that not conducting exams will not be in the interest of students and degrees may not be recognized if the states would act unilaterally. The apex court was hearing a batch of pleas which have challenged the July 6 directive to all the universities and colleges to conduct final year examinations by September 30 amid the COVID-19 pandemic.

During the hearing conducted through video-conferencing, Mehta informed the bench about the decisions of Delhi and Maharashtra to cancel final year exams of state universities. He said that the UGC would file its response on the affidavits filed by Maharashtra and Delhi in the matter. The bench granted time to the UGC to file response and posted the matter for further hearing on August 14.

Advocate Alakh Alok Srivastava, appearing for some of the petitioners, claimed that the July 6 guideline for holding exams are neither legal or constitutionally valid. He also raised the issue regarding guidelines issued by the Ministry of Home Affairs (MHA) for educational institutions amid the pandemic. The top court had on July 31 refused to pass any interim order on the pleas.

The UGC had earlier told the court that nobody should remain under the impression that since the Supreme Court is examining this issue, the final year /semester examination would be stayed. The solicitor general had informed the bench that out of over 800 universities in the country, 209 have completed the examinations while around 390 universities are in the process of conducting exams.

The UGC had filed an affidavit in the apex court and justified its decision directing all universities and institutions to hold final year/semester examinations in September saying it was done to protect the academic future of students across the country.

The UGC had said that in June this year, considering the evolving situation of the COVID-19 pandemic, it requested the expert committee to revisit the April 29 guidelines, by which it had asked the universities and institutions to hold final year examinations in July 2020. The expert committee submitted a report recommending that terminal semester/final year examinations should be conducted by universities/ institutions by the end of September, 2020 in offline (pen and paper) or online or blended (online and offline) mode, the UGC had said.

It added that this report of the expert committee was deliberated and approved by the UGC in its emergent meeting held on July 6, since the conduct of the final year/terminal examination is a time-sensitive issue. Assailing the decisions of some states like Maharashtra and Delhi of cancelling the final year examinations, the commission had said that such decisions directly affect the standards of higher education and will be an encroachment on the legislative field of coordinating and determining the standards of higher education that is exclusively reserved for Parliament under Schedule VII of the Constitution.

UGC Guidelines: Next SC hearing on final-year exam on August 14

603 universities have or will conduct final-year exams: UGC