Supreme Court observed that no university can afford to have a laid-back attitude. 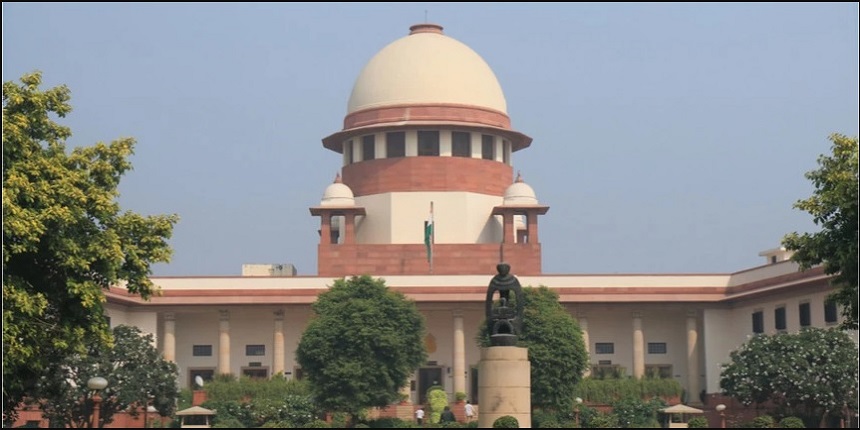 NEW DELHI: The Supreme Court on Thursday held that Universities cannot dilute the standards prescribed by AICTE for any courses in colleges but they certainly have the power to stipulate enhanced level and norms for grant of affiliations.

The top court observed that in present times, no university can afford to have a laid-back attitude, when their own performance is being measured by international standards and therefore, the power of the universities to prescribe enhanced norms and standards, cannot be doubted.

A bench of Chief Justice S A Bobde and Justices AS Bopanna and V Ramasubramanian set aside an order of Kerala High Court and upheld a decision of state-run APJ Abdul Kalam Technological University fixing enhanced norms for affiliation of courses offered by colleges. “In such circumstances, we are of the considered view that the view taken by the Kerala High Court in the impugned judgment issue number 2, is unsustainable. At the cost of repetition, we point out that while universities cannot dilute the standards prescribed by AICTE, they certainly have the power to stipulate enhanced norms and standards,” the bench said.

The bench noted that in today’s times the universities are being ranked according to the quality of standards maintained by them and even the Union Ministry of Education launched an initiative in September 2015, known as National Institutional Ranking Framework (NIRF), for ranking institutions including universities in India.

It noted that the ranking is based on certain parameters such as teaching, learning and resources, research and professional practice, graduation outcomes and others.

'university can afford to have a laid­-back attitude'

“No State run university can afford to have a laid­-back attitude today, when their own performance is being measured by international standards. Therefore, the power of the universities to prescribe enhanced norms and standards cannot be doubted,” the bench said.

Expressing dismay over the stand taken by All India Council of Technical Education (AICTE), the bench said that “quite unfortunately” the council has branded “the fixation of additional norms and conditions by the university as unwarranted”. It said that such a stand on the part of the AICTE has compelled the court to take note of certain developments that have taken place after 2012 on the council’s front.

It added that after the advent of AICTE Regulations, 2012, the applications for extension of approvals are processed by AICTE only online, merely on the basis of the self-disclosure made by the colleges in their online applications. “If all infrastructural facilities as prescribed by AICTE are found to be available on paper (whether available at site or not), the AICTE grants extension of approval,” it said, adding that the AICTE Regulations, 2020, also require that existing institutions should submit applications using their unique User ID.

It said, “though AICTE has reserved to itself the power to conduct inspections and take penal action against colleges for false declarations, such penal action does not mean anything and does not serve any purpose for the students who get admitted to colleges which have necessary infrastructure only on paper and not on site”.

The top court further added that the regulations of the AICTE are silent as to how the students will get compensated, when penal action is taken against colleges which host false information online in their applications to AICTE. “Ultimately, it is the universities which are obliged to issue degrees and whose reputation is inextricably intertwined with the fate and performance of the students, that may have to face the music and hence their role cannot be belittled”, it said.