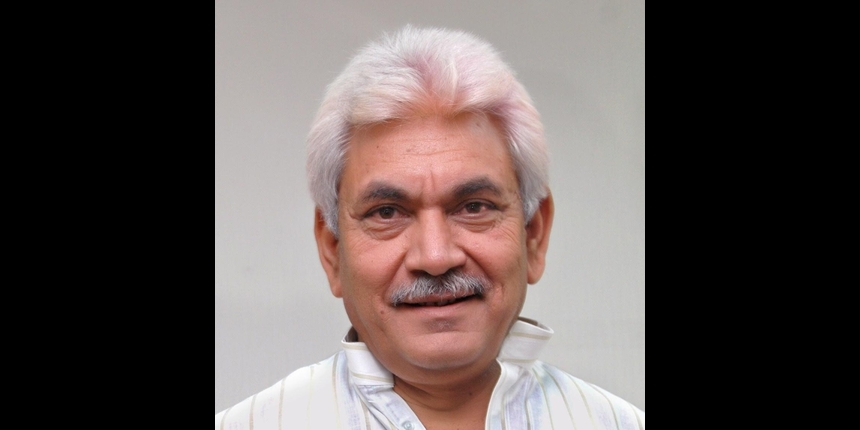 SRINAGAR : Jammu and Kashmir Lieutenant Governor Manoj Sinha on Friday said education is the guiding force behind human development and the universities, through New Education Policy-2020, must empower youth to make the union territory a centre of knowledge, enterprise, innovation and skill development.

He said some major decisions were made during the meeting and the Lt Governor gave a go-ahead to the demand of increasing the stipend of research scholars from Rs 5,000 to Rs 10,000 per month.

The council also accorded in-principle approval for setting up of research cluster in the Jammu University, he said.

Directions were issued by the Lt Governor to work out the modalities and take steps for the promotion of Dogri language in the Jammu University and Kashmiri language in Kashmir University, he said.

Sinha stressed that literary works in the two languages be encouraged and translations of the existing works in other languages of the country also be initiated for the promotion of the culture, traditions, and heritage of Jammu and Kashmir.

The LG passed explicit directions for conducting a comprehensive assessment of research activities in the universities for outlining their role in the overall welfare of society and also called for the promotion of research aimed at solving local problems of the union territory, the spokesperson said.

Underlining the importance of all overall development of students, Sinha called for increased participation of students in co-curricular activities like NSS, NCC, sports and music. Sinha said that students should be encouraged to participate in social activities.

Discussing the issue of reservation, the LG directed that modality for extending the UT's reservation policy in all universities across J-K be finalized in mission mode, the spokesperson said. While reviewing the working and curriculum of the universities, the LG asked the vice-chancellors to put added efforts and work in tandem for promoting excellence in teaching, research, and extension activities.

Sinha advised university authorities to boost academic research by uplifting necessary environment, updating e-learning and other teaching tools, and providing the students with the best educational resources and platforms, the spokesperson said.

Sinha highlighted the need for research and incubation centres for the universities and underscored that higher education without them is incomplete.

He reiterated that education should act as the biggest catalyst for change, saying when education is the guiding force behind human development, humans are no longer limited to a resource as they become assets for society.

The Lt Governor hailed the New Education Policy and said it will empower the youth towards nation-building. Under the policy, he said, critical thinking shall be encouraged in addition to the development of skills and hands-on-learning. A special focus has been given to accessibility, equality, quality, affordability, and accountability in the education sector in the new policy, Sinha said.

The LG also laid stress on developing a curriculum based on students' feedback and said that feedback processing is a globally accepted practice and it helps lend a different perspective to the existing pedagogy, the spokesperson said.