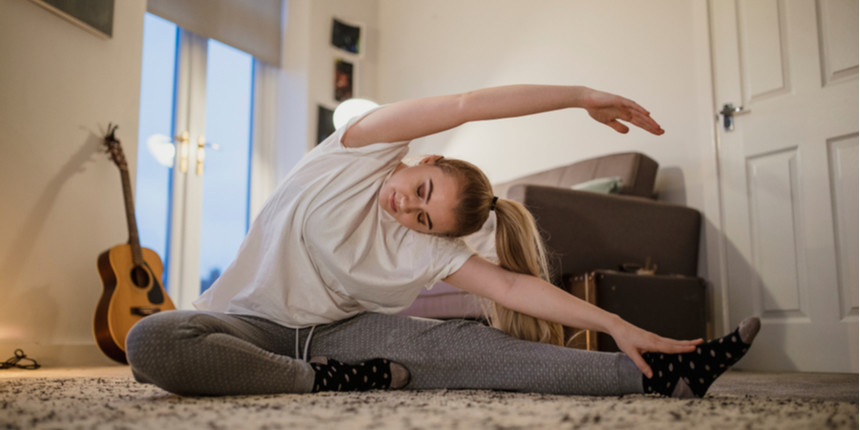 Offering programmes that combine scientific principles and modern research approaches to the ancient Indian practice of yoga, VaYU was jointly launched in June by Minister of State for External Affairs V Muraleedharan and Chairperson of the Standing Committee on External Affairs P P Chaudhary as part of the 6th International Yoga Day commemoration.

Eminent Indian yoga guru H R Nagendra, Chancellor of Swami Vivekananda Yoga Anusandhana Samsthana (SVYASA) is the first Chairman of VaYU and Sree Sreenath serves as its president. A total of 30 students have enrolled in the Online MS (Yoga) Programme and the virtual classes commenced in August.

The students enrolled are aged between 28-71 years and include individuals from America and Canada from diverse backgrounds such as physicians, professors, engineers and entrepreneurs, Jaipur Foot USA chairperson and founding director of VaYU, Prem Bhandari said.

Nagendra, who is well known as the yoga consultant to Prime Minister Narendra Modi, had said that VaYU would bring wisdom-based holistic vision as well as academic dimensions of yoga to people across the US. He had noted that the university “combines best of the East and best of the West".

"Best of the East is yoga and its applications and best of West is modern scientific research. We want to bring this integrated dimension of healthcare to world at large - allopathy and the AYUSH systems,” he had said referring to the practice of Ayurveda, Yoga and Naturopathy, Unani, Siddha and Homoeopathy (AYUSH). Bhandari said.

Foreign Secretary Harsh Vardhan Shringla has been hugely instrumental in helping realise the vision to set up the university in the US and has voiced support to further expand its reach to take the benefits of the ancient Indian practice to other parts of the world. Bhandari added that VaYU is helping propagate Modi’s message of the importance of yoga in achieving harmony and a healthier planet and that yoga is a force for unity that does not discriminate on basis of race, colour, gender, faith and nations.

Bhandari noted that in the years to come, VaYU “would produce best modern-day yoga practitioners who would not only spread peace but make planet Earth a better place to live”.

The university is a “prime example” of people to people connections between India and the US, he said. Founded on the principles of Swami Vivekananda’s prescription for universal welfare, VaYU will offer online graduate programmes based on scientific principles and modern research approaches to yoga. VaYU faculty has been recruited from Swami Vivekananda Yoga Anusandhana Samsthana (SVYASA), the first Yoga university in India.

It was in Washington DC in November last year during commemoration of Mahatma Gandhi’s 150th birth anniversary that the announcement to launch the university was made in the presence of Shringla, who was then the Indian Ambassador to the US.