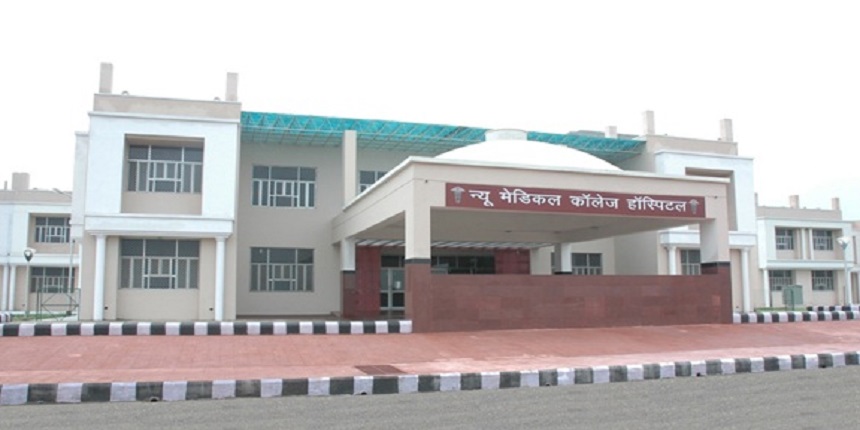 NEW DELHI: Two medical colleges in Rajasthan's Bhilwara and Bharatpur, which have been upgraded from district hospitals, were inaugurated on Wednesday by Union Health Minister Harsh Vardhan along with Chief Minister Ashok Gehlot, the health ministry said.

On the occasion, Vardhan said, "The government under the leadership of Prime Minister Narendra Modi has prioritised reforms in medical education as a key component in governance." Enumerating the government's achievements, he said in the last five years, 158 new medical colleges have been opened, which include 42 institutes inaugurated as part of the central scheme of establishment of medical colleges attached with district hospitals.

"Under this scheme, 157 new colleges have been planned, of which 75 were approved in 2019-20. The scheme provides for establishment of new medical colleges by upgrading district hospitals preferably in the underserved districts of the country," he was quoted as saying in the health ministry statement. "Over the last five years, we have been able to add approximately 26,000 seats in MBBS and 30,000 seats in post-graduation.

The establishment of such a large number of medical colleges and increase in medical seats in the country are the outcome of a number of initiatives and reforms undertaken by the government," Vardhan said. These measures are accelerating improved access to tertiary care and expansion of medical education in underserved areas, he added. Gehlot thanked the Central government for its pro-active role in setting up health infrastructure in Rajasthan and discussed possible ways in which Centre-State cooperation can be extended to help the people of Rajasthan tide over the COVID-19 crisis.

The Union Health Minister stated that as a measure to improve the quality of medical education in the country, a common entrance examination -- NEET -- has been introduced while common counselling at the state level has also been brought in. These measures have brought about complete transparency in medical admissions, improving the quality of students and the overall standard of medical education, Vardhan said. "We are committed to carrying out similar reforms in other sectors of health education as well.

The government has recently approved the introduction of a new law for a regulatory body for all the allied and healthcare professionals called 'The National Commission for Allied and Healthcare Professionals Bill'. "This proposed legislation, once passed, will fill in the long-felt vacuum for regulation and development of more than 50 different allied and healthcare professions," the Union health minister said.