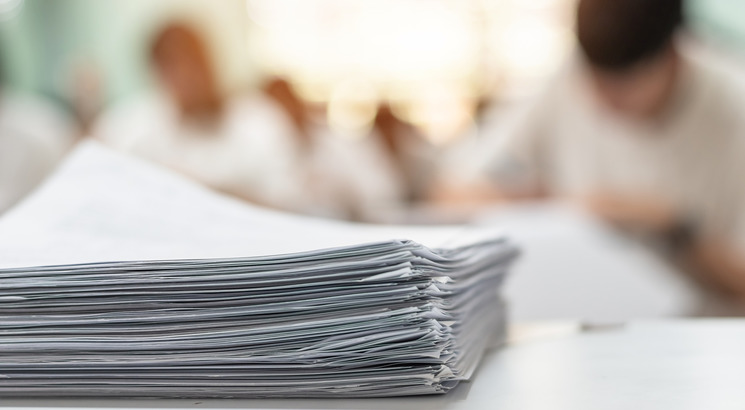 New Delhi, December 12: West Bengal Board of Secondary Education (WBBSE) on Tuesday announced the Madhyamik examination (Class X) question paper will be opened in front of the students of class 10 before the exam starts. The earlier practice was to break the seal in the office of the institution’s headmaster and the papers were sorted accordingly before distribution of the same in the exam hall.

The decision comes on the heels of the 2018 incident in Jalpaiguri where the headmaster of a school had opened the seal 35 minutes prior to the commencement of the examination. This potentially raised questions of malpractices and use of unfair means. The headmaster was suspended as a consequence of his actions wherein he failed to give a satisfactory explanation for the same.

The other incident that led to the decision was the so-called circulation of the 2017 board question papers on Whatsapp. This was later claimed to be a false report by the board which denied any leakage. To avoid such rumours and reports, the board has decided to be very transparent about the distribution of the question papers.

To avoid these incidents, the WB Board president Kalyanmoy Ganguly said that the sealed packets of the question will henceforth be opened by the invigilators in front of the students in the examination hall and will be distributed immediately. This will be implemented with effect from 2019.

Addressing the WBBSE members, the officer- in - charge of local police and district officials, Ganguly said that he will be further holding a meeting with the heads of the respective examination centres to ensure that steps will be taken to ensure that the distribution of the Class 10 board question papers will be as per the issued norms.