The Workplace: 'I cried my eyes out' 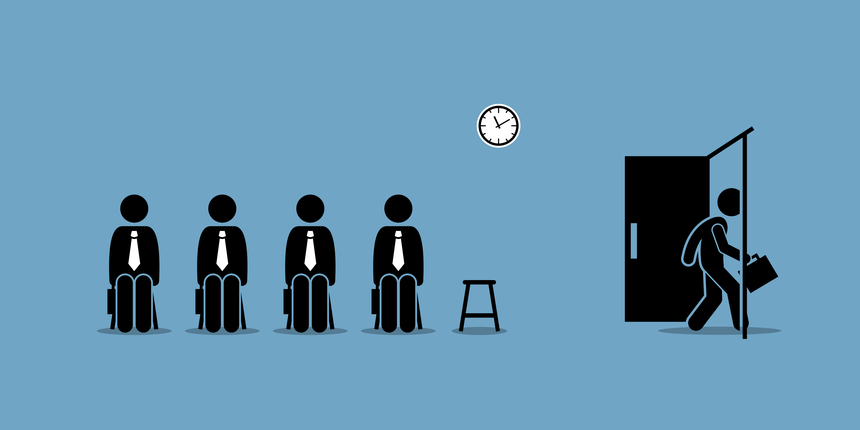 In today’s competitive world, each one of us desires to get the best. In this long run from school to college and then finally getting placed, we see a lot of ups and downs. A few weeks ago, we faced the final one – placements.

Immediately after our final year starts, we are all set to face reality. This is the most crucial time. An hour or less in a room with a few strangers may make our future or break us.

At this time, students actually get depressed when they face the first rejection of their lives. This is the moment when students think about how they fell short and how they didn’t get through. Most of us start feeling jealous of the ones selected and then start comparing ourselves with them which is actually wrong and affects our behaviour.

We may face several, consecutive rejections but if you have worked hard, it will definitely pay, in one way or another.

It is not just your knowledge of the subject that is a factor in your selection, but also the type of person you are, your personality, your attitude, your communication skills, your commitment and the many things that sets you apart from others.

On September 8, the first company to participate in our placement drive visited our campus. Our co-ordinators were doing an amazing job. We had lots of pre-placements sessions and presentations on various renowned companies. Everything was set. We were all well-groomed with neat placement suits on, but we could also sense a lot of tension and excitement around.

I was excited but not at all tense. I was pretty confident about my subject and technical knowledge.

First rejection: ‘I was numb’

The panel people came and made a brief presentation about the company. Then we were divided into batches of 12 and sent for self-introduction session. We were supposed to tell them our names, hobbies and superheroes and explain why we had made those choices.

This was the first round. I was not nervous and everything went well for me. We completed and were asked to wait outside. After about two minutes, we were called in again. The results were to be announced.

First name, second name, third and several more, till a total of 10 names were announced. Then: “Thank you so much guys, good luck.” That was it. I was numb. I couldn’t feel anything, I was hit so hard, felt so deeply hurt. My friends started consoling me but I still felt lost. Those qualified for the next round were asked to wait and the ones not selected were asked to leave.

I didn’t think of anything and directly went to one of my teachers. I told him everything, all that happened. He consoled me, motivated me and at that time I literally cried. He asked me to take my time and come back to him. I left, cried my eyes out, washed my face and went back to him. He motivated me a lot and made me realise that maybe the best might be waiting for me elsewhere.

Finally, I returned to my hostel. I told my entire story to my parents who had been waiting eagerly for my phone call. Surprisingly, my parents didn’t scold me – which is what I was expecting – but this time, even they consoled and motivated me.

The saddest thing about this rejection was that I didn’t even get the opportunity to present my knowledge and skills for the role I was appearing for. I was worried, really very worried. My teachers could see it on my face and so most of them called me and motivated me.

Now it was time for the next company and this time, I was nervous. But this time, the first round itself was a PI or personal interview round. My turn came. The interview lasted for about 20 minutes and then the results were announced. The dark phase continued – once again, I was rejected. Again, nothing technical was asked in the interview.

The same thing happened with me with the third company as well. In their case, the first round was a group discussion and I cleared that successfully. But in the personal interview round, I was again rejected and again there were no technical questions.

By this time, my parents were begging to get worried and yes, I even got scolded by them. But I was numb now and not able to think or feel anything.

The next company: ‘I no longer cared about failure’

The morning the next company came, I was very chill and not worried. After three back-to-back rejections, I had been shattered. But now, getting rejected had become a habit and I no longer cared about failure.

The first round was on speaking extempore. Qualified it.

The second round was an online assessment. Qualified that.

Third round was a personal interview. Qualified again and was the only student from my department to do so.

I have been selected for the final round which will be held in December. These interviews had technical questions.

This was when I realised that I needed to work on my communication skills and personality rather than just technical subjects. It worked and for the next companies, I got shortlisted for the final rounds for all of them except one or two.

It is not the time to celebrate as the final rounds are still pending but yes, I got to learn a lot from these placement interviews.

Life is not what we want it to be but what we make it by our actions, behaviour and attitude. Getting nervous, worried etc. is all normal in such situations but we need to stay confident at all times and that is only possible when we do our bit of homework and work hard.

Rejections are necessary as they teach us important lessons. They make us work harder. One needs to learn from them rather than cry over them. Of course, one feels bad at first but we need to come out of time in time.

Note: Atin Katosh is a student at a hospitality institute. This piece is part of news.careers360.com's new intiative, The Workplace, which captures the experiences of those just launching their careers. More details on this project can be found here.