You can't expect 70% student attendance when classes not conducted for entire period: HC 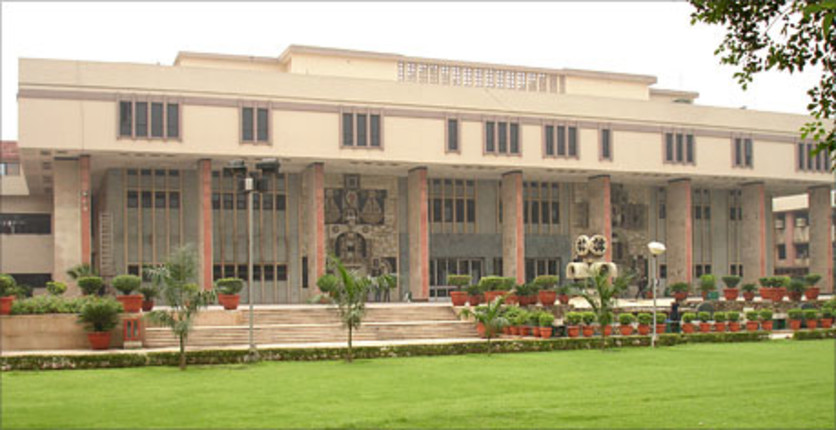 Chief Justice said to the varsity and the BCI that there should be some mechanism to take care of students (Source : Delhi High Court)
Press Trust of India | Aug 25, 2020 - 3:24 p.m. IST
Share Via

NEW DELHI: The Delhi High Court on Tuesday said that Delhi University cannot expect students to have 70 per cent minimum attendance to sit for exams if it was not taking classes for the entire period prescribed for a course.

"You cannot say students have to have 70 per cent minimum attendance while you teach only 40 per cent of the prescribed study period," a bench of Chief Justice D N Patel and Justice Prateek Jalan told the varsity while hearing the plea of a law student who could not sit for his first semester exams last year on medical grounds.

The high court also issued notice to the Centre, Bar Council of India and the university seeking their stand on the student's appeal against a single judge order of November last year dismissing his plea seeking a waiver of a shortage of attendance and allowing him to sit for his first semester exams.

The single judge had dismissed his plea on the ground that there was a division bench order of the Delhi High Court which held that in professional courses, the requirement of attaining minimum attendance was non-negotiable.

During the hearing on Tuesday, the bench headed by Chief Justice said to the varsity and the BCI that there should be some mechanism to take care of students like the petitioner, who since March 2017 has been suffering from an illness for which there was no clear and certain diagnosis, "instead of creating a wall".

According to the plea of Abhishek Singh, while typhoid was suspected there was also a possibility that he was suffering from tuberculosis.

His lawyer, Kamal Mehta, told the bench that the first semester last year began from September 1, 2019 and the exams were held in December 2019.

During the hearing via video conference, the Singh's lawyer said that representations were made to the varsity to allow the student to sit for the first semester exams, despite the lack of attendance, in view of his continuing illness.

However, no response was received from the university and later he was told his name would be struck off the varsity rolls.

The high court on Tuesday asked the varsity to confirm when the first semester commenced last year and when the exams were held.

It also told the student's lawyer to find out what was the minimum period of study prescribed/required for LLB course by DU and whether the same was being adhered to.