10th Anniversary Special: Give any student the right opportunity and you can expect miracles, says Anand Kumar 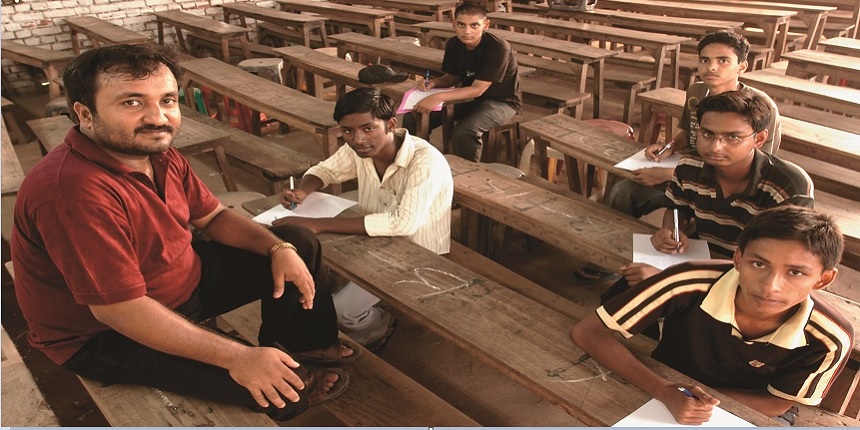 Anand Kumar, Founder, Super 30, a highly ambitious and innovative educational program, which hunts for 30 meritorious talents from among the economically backward sections of the society and shapes them for India's most prestigious institution – the Indian Institute of Technology (IIT). In the last decade, it has produced hundreds IITians from extremely poor background. During this program students are provided absolutely free coaching, lodging and food. Anand Kumar shares his journey here...

Any man can win when things go his way. It is the man who overcomes adversity that is the true champion. The hardest times often lead to the greatest moments. That sums up Super 30 founder Anand Kumar’s journey.

Since childhood I had a keen interest in mathematics, it was my sheer passion for mathematics which helped me to set up ‘Super 30’, that became a talking point not only in India but also abroad due to its innovation. The idea was to mentor students from the underprivileged sections of society. The phenomenal success rate of the school is scripted an inspiring tale for millions.

Born in Chandipur Bela, Patna, the seeds of Super 30 lay in the difficult times I had to face since my childhood after the premature death of my father – the sole bread earner in the family. I got admission in the prestigious Cambridge University, it was my father’s dream, but suddenly all my hopes were shattered for want of money. My mother made ‘papads’ to eke out of living, while I sold them in the evening cycling to nearby areas.

Despite being down, I was not out. I dealt with this disappointments by setting up a school, to help students from underprivileged sections for IIT-JEE in 2002. I had to forget my own disappointment and derived joy from the success and smiles of others. Initially, it was just a normal initiative to help students, but soon its success started speaking loud.

The amazing success stories of Super 30 kept spiralling out year after year, drawing the attention of local media. On an average 27-28 students have been cracking IIT-JEE, arguably one of the toughest competitions for students, bringing the school as well as me it in the spotlight. When I started Super 30, I never expected it to be so big in name, but its inspirational stories made sure that its fragrance spread far and wide.

The Super 30 message was loud and clear: Give any student the right opportunity to expect miracles. The extraordinary stories of how education cannot only empower but also bring about generational change kept tumbling out of Super 30 year after year to draw global attention.

Later, I was invited to Cambridge and Stanford to speak. It was something I had never expected to happen, but still, I aspire work with same devotion made it possible.