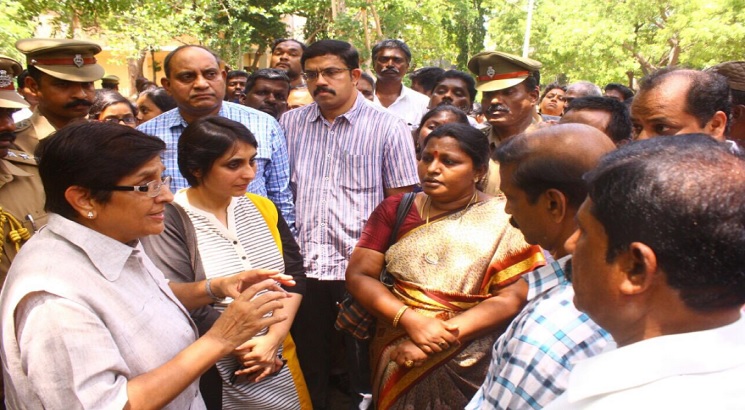 NEW DELHI, MAY 11: Centralised Admission Committee (CENTAC) Puducherry has called for a grievance redressal meeting after receiving complaints that some colleges have been demanding high fee and are also denying admissions.

On May 9, Puducherry Government also issued show cause notices to three private medical colleges over allegations of demanding exorbitant fees from the students joining PG medical courses. These colleges were charging a higher fee in contrast to the Supreme Court direction which stated that medical colleges have to abide by the government-constituted committee which has fixed the fee to be charged.

The Supreme Court of India last month allowed constitution of the Fee Fixation Committee for Deemed Universities. The Apex Court also clarified that the fee of Rs. 10 lakh would continue until final orders are passed by the Madras High Court after the Fee Committee submits its report. 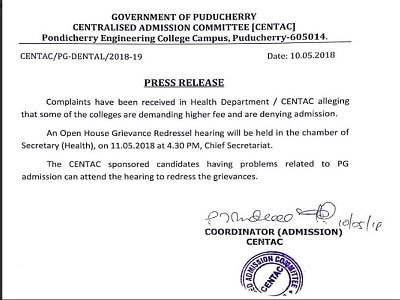 Kiran Bedi, Lieutenant Governor, Puducherry came down heavily on erring medical colleges. She tweeted, “Medical College Institutions have to abide by these Judicial directions. If Medical Institutions have a problem they should go to Court and not the Students anymore. Now the Govt is behind the students to ensure justice to them.”

Candidates having problem related to PG admissions have been called to the open house by CENTAC to redress their grievances.

“No option for any Pvt Medical College. Judicial Directions have to be respected. Secretary Health Puducherry, Dr. Candavelu all set to take defaulters to task. Fall in line or face 'Contempt of Court' based on evidence which may come forth from students in the Open House tom,” Kiran Bedi tweeted.