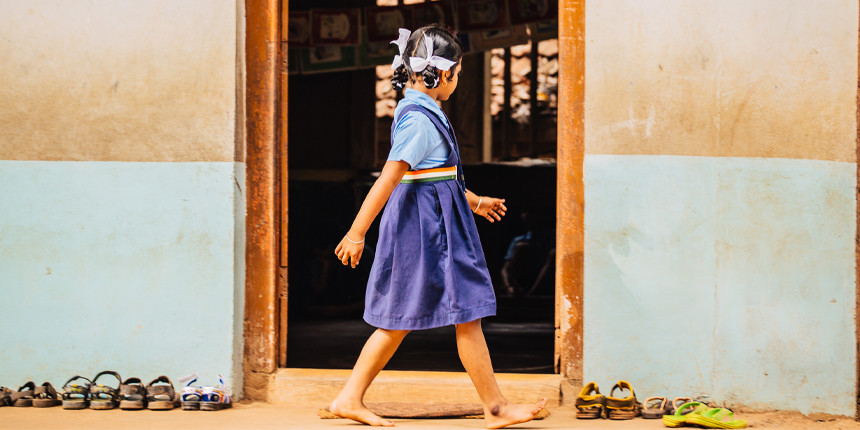 NEW DELHI: More than 80% parents with children in government schools and 59% parents associated with private schools said that online education “was not delivered” during the COVID-19 induced lockdown, according to a study conducted by the non-profit, Oxfam India.

In the survey, conducted among 1,158 parents in Bihar, Chhattisgarh, Jharkhand, Odisha and Uttar Pradesh , 80% parents reported that education was not delivered during lockdown in government schools and 82% of parents said that they “faced challenges” with online education in private schools.

In Bihar, 100% of the parents surveyed said that online education was not delivered in government schools.

Only 41% parents said that education was delivered, through online or offline, during lockdown in private schools.

Despite the unsatisfactory levels of teaching, the study also revealed that 39% parents were “charged hiked fees” during the lockdown. Also,15% parents were charged fees for school uniforms.

The study also found that close to half the parents spend over 20% of their income on education.

On Monday, the ministry of education told Parliament that 9.5 crore children received food security allowance during the lockdown. However, 30% parents of the parents surveyed reported that mid day meals were not delivered by government schools during the lockdown.

According to the survey, 35% children did not receive their mid-day meals and of the remaining 65%, only 8% received cooked meals while 53% received dry rations and 4% received money in lieu of the mid day meal (MDM).

Additionally, 84% government school teachers, out of the 488 surveyed, admitted to have “struggled with delivery through digital mediums”. In Uttar Pradesh and Chhattisgarh, 80% and 67% teachers respectively said that they lack the requisite devices to deliver education online.

The study also found that over 80% children have not received textbooks for the academic year 2020-21. 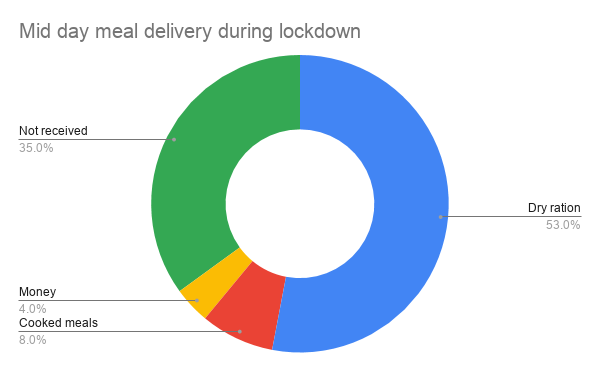 Teachers, who responded to the survey, said they fear that 30% students might not return after school reopens. Meanwhile, less than 1% of teachers undertaking field duties were protected by insurance.

The study also found that over 40% schools, which were being used as quarantine centres, have “inadequate WASH facilities”. WASH is defined as “water, sanitation and hygiene” by the United Nations.

The study surveyed 1158 parents in both private and government schools and 488 government school teachers across five states- Bihar, Chhattisgarh, Jharkhand, Odisha and Uttar Pradesh participated in the study, which was conducted between May to June 2020.