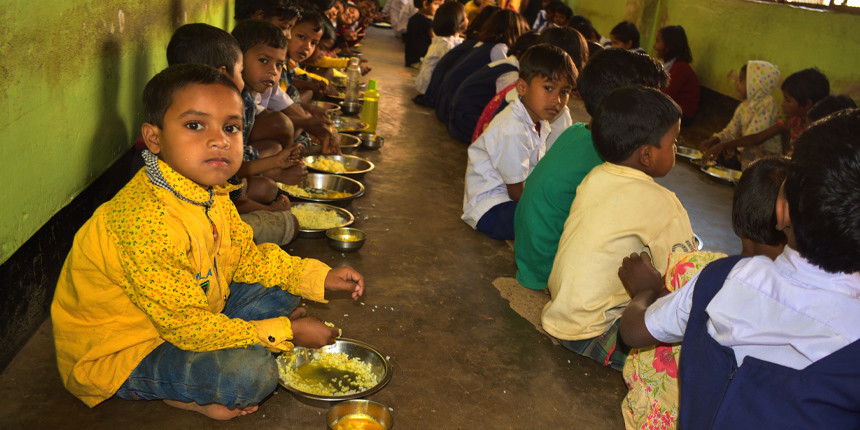 GANDHINAGAR: From incorrect data about beneficiary students to non-utilisation of kitchen equipment, the CAG has found a host of gaps in implementation of the centrally-sponsored mid-day meal scheme in Gujarat.

In its report tabled in the Assembly here on Friday, the Comptroller and Auditor General of India (CAG) noted that "there was higher reporting in respect of coverage of students to the Centre." As the state government showed more students against actual number of students covered under the scheme, "food grains and cooking cost were being allocated more than the actual ground-level requirement, leading to increase in closing stock of food grains", the CAG noted.

The compliance audit report for 2017-18 on Mid-Day Meal (MDM) scheme implementation in Gujarat was tabled on the last day of monsoon session of the Assembly. One of the components of the MDM in Gujarat is "Doodh Sanjivani Scheme", started in 2014-15 to address the issue of malnutrition among schoolchildren, who are given Amul milk as part of the scheme.

In Banaskantha, one of the test-checked district, the CAG observed that "the daily average number of students covered under the scheme decreased from 1.25 lakh to 91,489 students between 2016 and 2018."

A similar drop in beneficiary students was recorded in tribal-dominated Panchmahal district, the national auditor said. During a field visit in Sehra taluka of Panchmahal district, the report observed, out of 270 milk pouches delivered to five schools, 142 pouches were found lying unused "and schools had no facility to store the same so that it can be used next day".

As per Union government norms, food delivered to schools from centralised kitchens run by NGOs "should have a minimum temperature of 65 degrees centigrade at the time of serving". However, during field visits in Valsad and Vadodara, audit teams observed that "food was not hot", the watchdog said. Moreover, a report by "Joint Review Mission which visited schools of Vadodara in March 2018 pointed out that the food served by the NGO did not meet the nutritional value prescribed under MDM", the CAG noted.

To upgrade kitchens, the state education department provided equipment worth Rs 53.42 crore to 756 schools during 2014-15 and to 500 schools in 2015-16. However, the CAG observed that cooking equipment provided to "64 schools in seven test-checked talukas were not put to use and were lying idle since their supply". The scheme was started by the Centre with a view to enhance enrolment, retention and attendance, and simultaneously improving nutritional levels among children. It is implemented at every government and government-aided primary school.