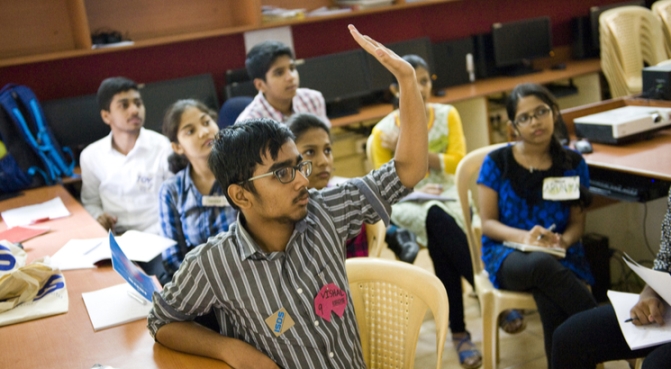 NEW DELHI, JUNE 16: Following a June 13 Supreme Court’s order, the National University of Advanced Legal Studies Kochi (NUALS) has published a revised result of CLAT 2018. The revised result lists out a total of 4801 test takers who were aggrieved on account of technical glitches marring the Common Law Admission Test on May 13, 2018. Out of the total 4801 aggrieved CLAT 2018 takers, only 437 have been benefitted with the compensatory extra marks, according to the published revised result.

Even as the Supreme Court in its earlier order had asked NUALS to apply the compensatory formula to as many as 4690 test takers, the CLAT 2018 conducting NLU considered the same for an additional of 111 another test takers who had approached different High Courts, seeking justice for their loss of time in the online national-level law examination.

If official time-log is to be believed, of all the 4801 test takers who lost time due to technical snags on the May 13th online CLAT, only nine per cent of these CLAT 2018 takers have been benefitted after application of the compensatory formula.

Surprisingly, only 437 candidates are scoring more than what they would have scored as per the 31st May announced CLAT 2018 result. The scores of the other 4364 ‘aggrieved’ CLAT 2018 takers remain the same even as NUALS published the revised results for the 4801 test takers, who complained about losing time on the exam day.

According to the revised CLAT results, the maximum score difference from the earlier result is of 10.25 marks, wherein a majority of test takers have managed to mark a score-difference of 0.25, 0.75 and 2 marks, from their respective sores of May 31 CLAT results.

With the revised CLAT 2018 results, NUALS has also changed the schedule for CLAT counselling. According to the revised schedule, the list of second seat allotment will be announced on June 19.

Pursuant to the June 13 apex court’s order, if any of these 437 candidates whose scores have improved, deem to be eligible for admission to an NLU, will be allocated a seat, accordingly.

The NUALS had been ordered to carry out the exercise of compensating marks to all the aggrieved test takers by June 15 and publishing of the revised results on CLAT website by June 16, 2018.

The Court had also directed to furnish second round of counselling considering the revised results, as suggested by the Grievance Redressal Committee.

The Court also held that the first round of counselling and any seat allocation made pursuant to the same shall not be affected by the revision of the results and that any candidate allocated a seat will not in any way stand adversely affected as a result of the revised position. Further on improvement of the scores, if the candidate becomes eligible for admission to another NLU, he/she would not lose the fee deposited with the earlier NLU.

The Supreme Court, earlier, had also directed that the seat allotments would be subject to the final outcome of petitions pending before it.