CLAT 2018: SC to hear another petition for retest 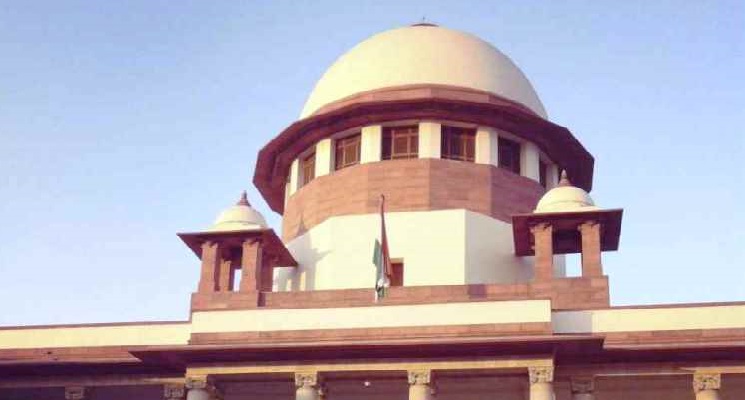 NEW DELHI, MAY 29: Another petition challenging the Common Law Admission Test was filed, today, before the Supreme Court. The petition pleads for quashing of the May 13th online paper and conduct of afresh law entrance exam for admissions to the 19 National Law Universities (NLUs).

The Supreme Court bench of Justices L Nageswara Rao and M Shantanagoudar agreed to list the matter for May 30, 2018.

On the aforesaid date, the SC Bench will be hearing the petition filed through Advocates Zoheb Hossain and Rajendra Dangwal on behalf of many as 29 CLAT 2018 takers coming from different states.

The Advocates have argued that the process in which CLAT was conducted on May 13 was “arbitrary, grossly unfair, negligent and mismanaged”.

The petition also states that the national-level law exam for admissions to premier law schools was in gross violation of the Fundamental Rights of the candidates.

Advocating for the Right to Equality under Article 14 and 15 of the Constitution of India, the Advocates reasoned that the rights of the petitioners were violated when some candidates were offered extra time on account of technical glitches, whereas they (the petitioners) were denied.

In this light, the petition prayed for quashing of the May 13th online CLAT and scheduling of a fresh online CLAT.

The Supreme Court is to hear this matter on May 30, 2018, exactly a day before the CLAT results are scheduled to be declared, even as another SC bench will be hearing a similar petition on the date.

As an interim relief, the Supreme Court in the other case has put a stay on the publication of CLAT results and indicative seat allotment list.

CLAT 2018 was conducted on May 13 by NUALS Kochi heading the 19-NLU Core Committee. The online examination was marred by the alleged technical glitches at centres across India, following which the test takers are seeking justice in the courts against the ‘misconduct’ of CLAT 2018.

A number of petitions calling for the re-conduct of the Common Law Admission test have been filed in the High Courts of Delhi, Punjab & Haryana, Rajasthan, Madhya Pradesh and Karnataka.

The Common Law Admission Test is the national level law exam for admissions to 2300 undergraduate seats on offer in the participating 19 NLUs.