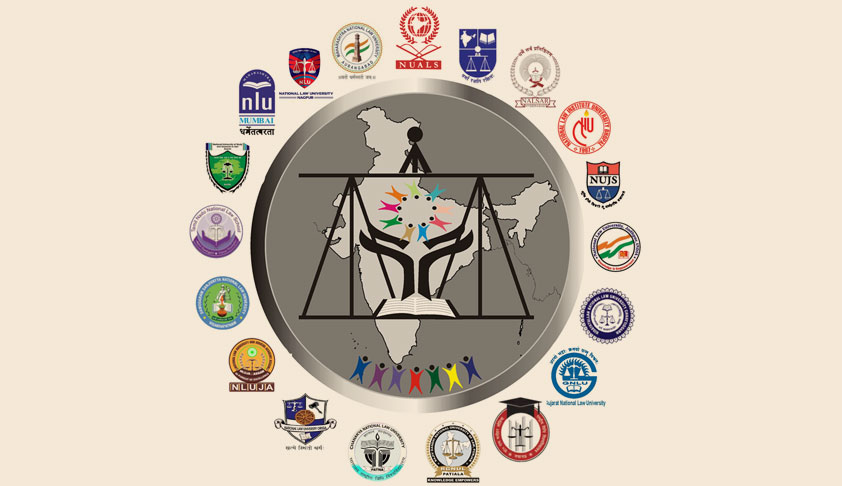 NEW DELHI, JANUARY 6: CLAT 2019 registration will begin on January 10 as the Common Law Admission Test Consortium today publishes an official notification in ‘The Hindu’ newspapers. The official notification of CLAT reads that the national-level law entrance exam will be held offline on May 12, 2019, as was earlier announced by Careers360 on October 19, 2018.

The CLAT 2019 Convenor, Dr Srikrishnadeva Rao shared with Careers360 that the consortium has almost finalised the CLAT 2019 website which is due to be launched soon. “The official website of CLAT 2019 will be launched by January 7, 2019,” confirmed Dr Rao, the CLAT Convenor. 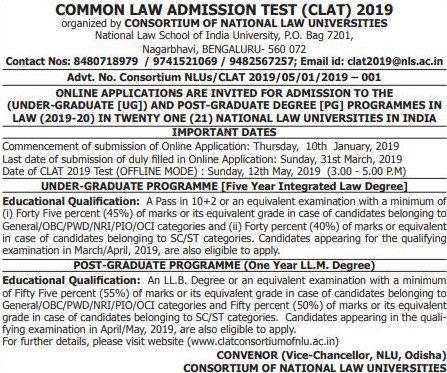 With the online CLAT 2019 application window activated on January 10, the law aspirants can apply for the most sought after law entrance for admission to 21 National Law Universities (NLUs) until March 31, 2019, which is the apparently the last date to fill CLAT application.

An offline CLAT 2019 is scheduled to be held on May 12 in over 50 cities across India where the applicants will have to answer as many as 200 questions of one mark each. They will have to mark the correct answer of the objective-type questions by encircling them in the provided OMR answer sheet. While the correct answer will be awarded one mark, the incorrect response will be liable to deduction of one mark from the total score.

The Common Law Admission Test is the one of the coveted law entrance examination held for admissions to undergraduate and postgraduate law programmes on offer in the 21 NLUs. Through CLAT 2019, candidates will be competing against each other for 2600 five-year integrated law programme seats and 600 LLM seats.

How an Indian engineer became famous for his photographs of outer space
Atul Krishna | Oct 14, 2021
More From Apratim Chatterjee