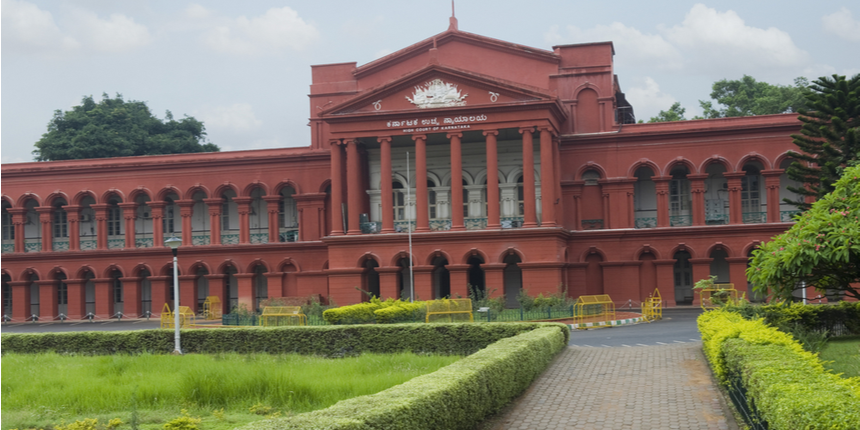 NEW DELHI: Karnataka High Court has declined to interfere in the matter regarding conduction of COMEDK exam. Advocate Abdulla Mannan Khan had earlier filed a Public Interest Litigation (PIL) challenging the decision to conduct the entrance examination during the COVID-19 pandemic. Justices BV Nagarathna and Ravi Hosmani headed the court regarding this matter. However, during the COMEDK hearing, the court decided to not interfere in this matter and to allow the examination to be conducted as scheduled on August 19. Bar and Bench provided the live updates regarding the COMEDK hearing in HC through their official Twitter account.

According to the court, delay in conducting exams is already being experienced. Recently, 10th standard exam and KCET was conducted by the authorities and hence the court failed to see any problem with the COMEDK exam being held as scheduled.

While Khan protested against the examination by stating that the many students would not be able to attend under the current circumstances. The counsel for COMEDK responded that the emails of only 19 students had been produced and that the examination is not of a big scale. It is conducted for only 119 professional private colleges with 20,000 seats. Furthermore, they assured that the guideline would be followed since Tata consultancy is in charge of the exam.

COMEDK counsel: Tata consultancy is conducting the exam and they always follow the guidelines.

The court has ordered the counsel to take all of the precautions to conduct the exam in a safe manner and to add more precautions if needed. Uni-Gauge-E will also be held as scheduled since it is a single combined exam with COMEDK.

Student’s reactions to the hearing

#IAmAgainst_ExamInCovid #SOPCantSaveJEE_NEE #ReleaseTSNSUILeaders #NoExamsInCovid #ExamsInCovidASuicide We saw How SOPs failed at KCET , KEAM , UP-BEd exams & also saw the Students Testing +VE after appearing For Exams It is not a safer atmosphere wherein Exams can be held .