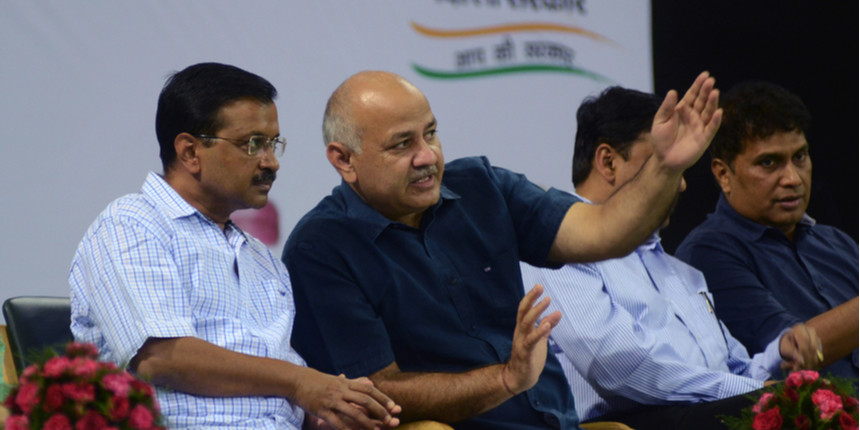 NEW DELHI: The AAP government on Tuesday released a grant-in-aid of Rs 32.1 crore to six Delhi University colleges fully funded by it to pay salaries to staffers. However, the Delhi University Teachers'' Association (DUTA) called the grants inadequate.

The government and 12 of the colleges fully funded by it have been locked in a tussle over the release of grants.

The colleges have alleged that the grants released by the city dispensation have been inadequate and they have not been able to pay salaries to their staffers since May, while the government has said it has released adequate funds. DUTA said the allocated amount does not cover all the expenses of these colleges.

"Yet we hope that the Delhi government will at least transfer these funds to the colleges immediately. Unfortunately, the other six colleges still await the sanction," it said.

"All teachers of the Delhi University stand with their colleagues of these 12 colleges. We must remind the Delhi government that these divisive policies will not work with us," it added.

According to a varsity official, who requested anonymity, the governing bodies have been formed in 12 colleges.

However, these six colleges, which have received grant-in-aid for paying salaries have governing body chairmen from the government while the other six colleges have varsity nominees as chairmen.

Dr Payal Mago, principal of Shaheed Rajguru College of Applied Sciences for Women, said the salary grants will help them in paying the pending salaries from June.

"We will be able to pay the salaries of June, July and August," she said.

She said they are expecting fees to be paid by September and plan to manage the salaries through that.

Dr Ravi Toteja, principal of Acharya Narendra Dev College, said "we have come to know about the release of grants through note sheets circulating on social media but we are yet to get an official confirmation on it."