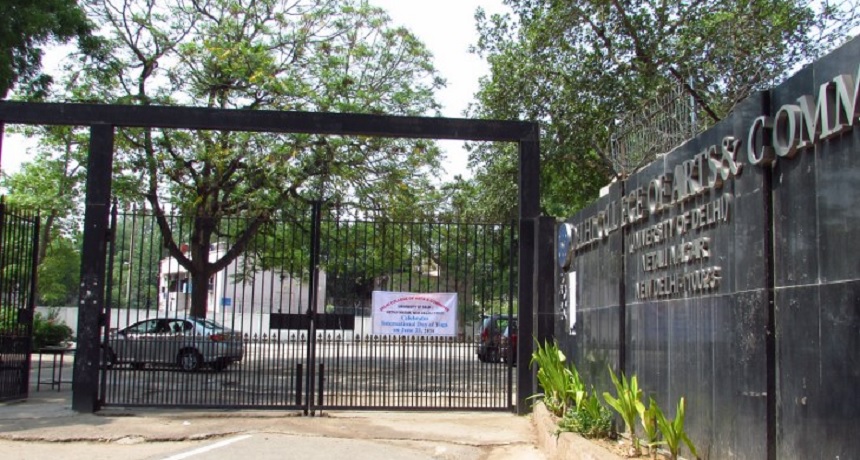 NEW DELHI: Delhi University has removed the principals of Delhi College of Arts and Commerce (DCAC) and Sri Aurobindo College (evening). The senior-most teachers of the colleges have been appointed as temporary arrangements.

As per an order issued by the university, Rajiv Chopra who was appointed as the OSD (Officer on Special Duty) for Delhi College Of Arts and Commerce had completed his term long back and, therefore, been sent back to his parent college. Chopra was appointed as OSD for DCAC for six months in October 2013, has completed more than six years as OSD. 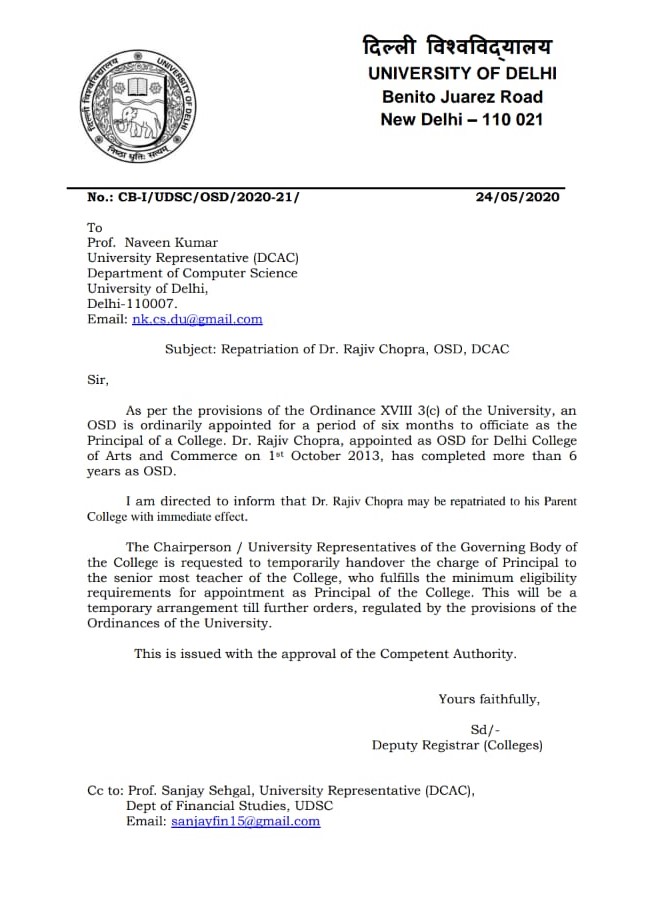 The order reads, “The chairperson/university representatives of the governing body of the college is requested to temporarily hand over the charge of principal to the senior-most teacher of the college, who fulfils the minimum eligibility requirements for appointment as the principal of the college.” In another development, the university administration has also removed the officiating principal of Sri Aurobindo College, Vipin Aggarwal. Reportedly, a senior official of DU, Pramod Mishra, who was elected to act as the treasurer of the university has tendered his resignation from the post thus creating a void in the functioning of university.