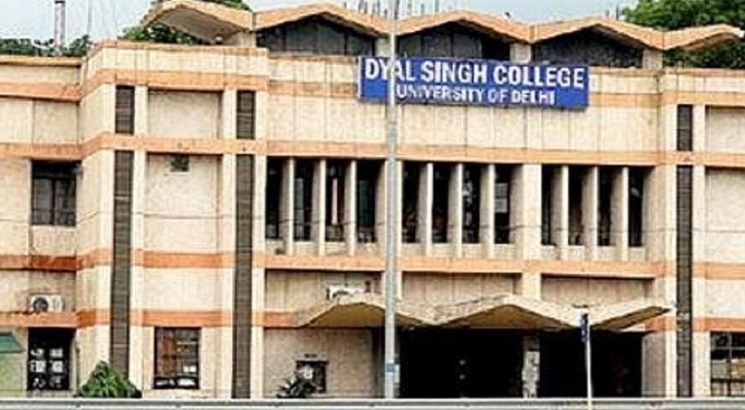 NEW DELHI, OCTOBER 31: The teachers of Dyal Singh College, University of Delhi have threatened to go on an indefinite strike from November 5 demanding the removal of the Governing Body Chairman Amitabh Sinha. The teachers have alleged that Sinha has been misusing his powers and has been allegedly taking illegal and arbitrary actions, while the Delhi University (DU) administration has maintained an ‘indifferent’ silence.

The row at the Dyal Singh College erupted last year when the University decided to start two ‘Morning Colleges’ on the same campus in place of the Morning and Evening Colleges. Reportedly, the decision drove a wedge among the staff and students of both the colleges over limited infrastructure and resources. This led to protests as the College Governing Body Chairman Amitabh Sinha allegedly supported Evening College interests.

The Dyal Singh College Teachers Association (DSCTA) has put all the blame of existing crisis in the college on the Governing Body Chairman and has alleged that Sinha acted in an authoritarian manner which compounded the crisis. As per DSCTA, he tried to escape the situation by renaming the College, then usurped the executive powers of the office of the Principal in the conduct of the College, exceeded the brief of the office of the Chairman on many occasions by making the GB party to many procedural wrongs.

DSCTA said, “Sinha abused and threatened teachers and students, dismissed and insulted employees on the communal bias, paid double TA for some members of the GB, awarded contracts, misled MCD and other government agencies and DU statutory bodies through the office of the Evening Principal about the construction of buildings.”

The teachers have alleged that all along these series of violations, illegalities and arbitrary actions on the part of Sinha, the DU authorities especially Prof YK Tyagi, VC has maintained a totally indifferent and criminal silence.

Dyal Singh is a university maintained college and the DU's alleged indifference has created a serious academic, administrative and financial crisis for the staff and students of the Morning College.