National Exit Test (NExT) for medical students in 2023 first half

Efforts are underway to ensure that the National Exit Test ( NExT) is conducted in the first half of 2023, mock run in 2022. 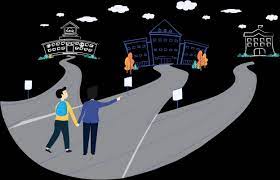 NEW DELHI: Efforts are underway to ensure that the National Exit Test (NExT) is conducted in the first half of 2023 and a mock-run is also being planned next year to test the procedure and remove anxiety among medical students, the Union Health Ministry said on Friday.

This was informed by officials of the National Medical Commission (NMC) in a review meeting chaired by Union Health Minister Mansukh Mandaviya, it said. Important issues of medical education were discussed in the meeting, it said. The National Exit Test (NExT) will be a common eligibility and entrance exam for admission to post-graduate medical courses and for obtaining licence to practice. It would also act as a screening test for foreign medical graduates.

"As apprised by officials of NMC in the meeting, efforts are underway to ensure that the National Exit Test ( NExT) will be conducted in the first half of 2023 as per the roadmap. "To test the procedure and remove anxiety among medical students, a mock-run is also being planned and will be conducted in 2022," the statement said. It was discussed that the results of NExT (step 1 and 2) will then be used for qualifying final MBBS, to get license to practice modern medicine in India and for merit-based allocation of PG seats in broad specialties.

During the review meeting, ways to make NExT an examination of world-class standard was also discussed and deliberated, the statement said. "The importance of the NExt exam lies in the fact that it will be the same for everyone whether trained in India or any part of the world and hence it will solve the problem of foreign medical graduates (FMGs) / mutual recognition," the ministry said. Addressing the meeting, Mandaviya emphasised that the Government of India is committed to creating quality medical education as well as transparent examination infrastructure and health services, and is relentlessly working with all stakeholders to achieve this objective, the statement added.

The NMC has been established by an Act of Parliament known as National Medical Commission Act, 2019 which came into force on September 25, 2020 with the objective of improving access to quality and affordable medical education, ensuring adequate and high-quality medical professionals and to provide equitable and universal health care.