B Vinith, GATE 2021 topper, prepared for the entrance exam besides pursuing MTech in IIT Bombay. 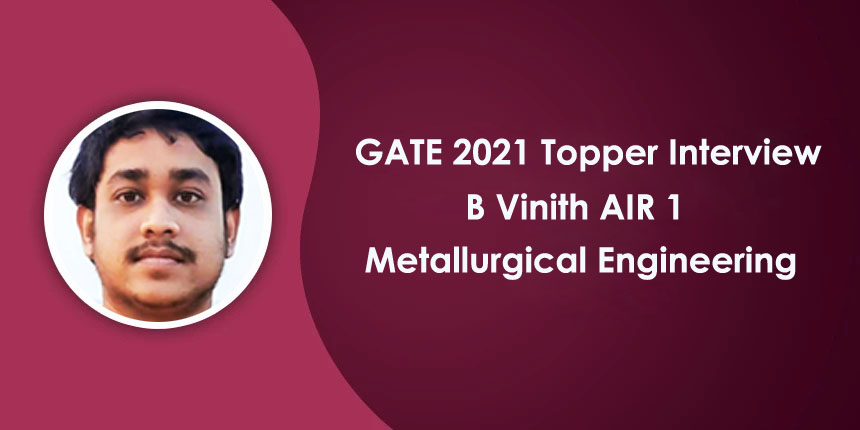 New Delhi: B Vinith, a Metallurgical Engineering student of IIT Bombay topped the Graduate Aptitude Test in Engineering, GATE 2021. He took admission in the Indian Institute of Technology, Bombay, after securing all India rank 56 in GATE 2020. He bagged All India Rank 250 in 2019.

Latest: [Know your admission chances in IIT/NIT & Other Engineering Colleges and PSUs as per your GATE Score / Marks]- Check Now

Vinith told the Indian Express that his main aim is to get into the top Public Sector Enterprise (PSU) in the research and development (R&D) sector. Generally, the top 10 scorers in GATE are preferred for PSUs in the R&D sector.

He said that his experience in attempting GATE twice helped him to obtain the top rank this time. Also, he has followed both online and offline modes for GATE 2021 exam preparation. Talking about GATE 2021 preparation, he said, “I focused on practising numerical that influenced my score in the first attempt,” the report added.

Vinith said he followed online preparations due to the COVID-19 pandemic, but for his previous two attempts, he preferred self-study and books. He also followed a strict schedule and plan for GATE 2021 exam preparation. He regularly spent an hour for GATE preparation which was increased from 6 to 8 hours before the GATE 2021 exam, the report said.

He attempted ten mock tests before the GATE 2021 exam. He suggested some GATE 2021 books for study preparation including Physical Metallurgy by Vijendra Singh, Mechanical Metallurgy by George Dieter, and Introduction to the Thermodynamics of Materials by David Gaskell, the report said.

Vinith’s father BS Prasad worked as a health practitioner at Bhilai Steel Plant, Madhya Pradesh, and his mother B Devaki is a homemaker, the report said. IIT Bombay has released the GATE 2021 result on March 19. 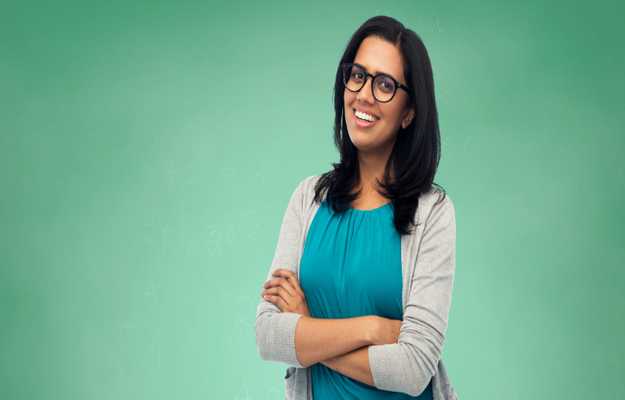