Group of doctors, academicians calls for immediate reopening of schools

56 academicians, doctors and others have written an open letter to PM Modi, Dharmendra Pradhan, health minister, and NDMA to consider school reopening, 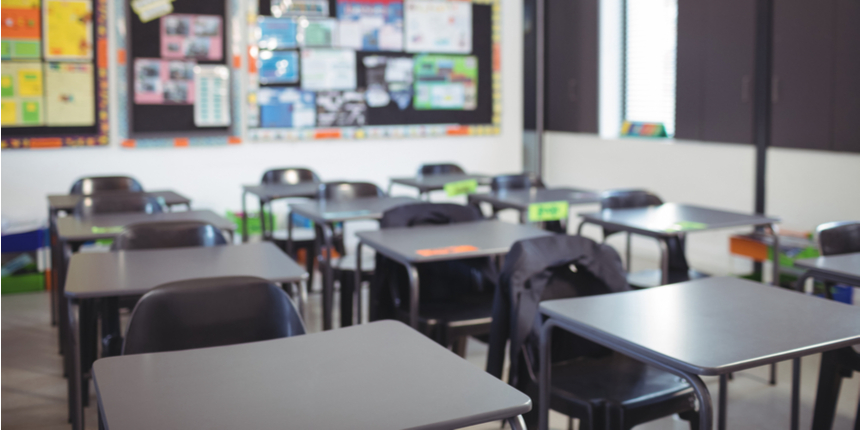 NEW DELHI: A group of 56 academicians, doctors and other professionals have written an open letter to chief ministers and union territory administrators requesting them to urgently consider reopening schools and resuming in-person classes. In their letter which has also been marked to the Prime Minister's Office, Union Health Minister Mansukh Mandaviya, Union Education Minister Dharmendra Pradhan and the National Disaster Management Authority Chairperson, the signatories said COVID-19 vaccination of children should not be a prerequisite for reopening schools.

"A number of governments have not yet reopened schools for all classes because of concerns including students are not vaccinated, schools appear to be 'super-spreaders', fear of a third wave and a rise in cases in areas where schools have been opened.... There is global evidence to support school opening and governments should urgently consider opening schools and resuming in-person classes," the letter reads. India is among only four to five countries across the world where schools have been closed for such a long time (one-and-half years), it said.

"There is an urgent need to bring children back to school. Since younger children are least at risk, we urge you to permit primary schools to open first, in line with ICMR (Indian Council of Medical Research) recommendations, and then higher classes. We look forward to leaders across political parties coming together for the sake of our children," the letter stated.

The signatories said vaccination is not a prerequisite for reopening schools, stating the purpose of vaccination is to prevent severe illness and death and children are at relatively low risk of severe or fatal COVID-19. "Therefore, the benefit of vaccinating children is limited, as they have a low rate of moderate to severe disease and mortality is already low," the letter said.

The letter further highlighted the need for recognising the scale of costs of school closure. It said the issue of school reopening is played up as a “life vs education” issue which is a flawed perspective. "It is well known that lack of education for students, particularly girls, affects the health and livelihood of the next generation too. These are extreme costs. Governments and task forces must strike a balance of risks, and such balance is overwhelmingly in favour of opening schools," the letter said.