Haryana Government to reopen schools for Class 10, 12 on trial basis 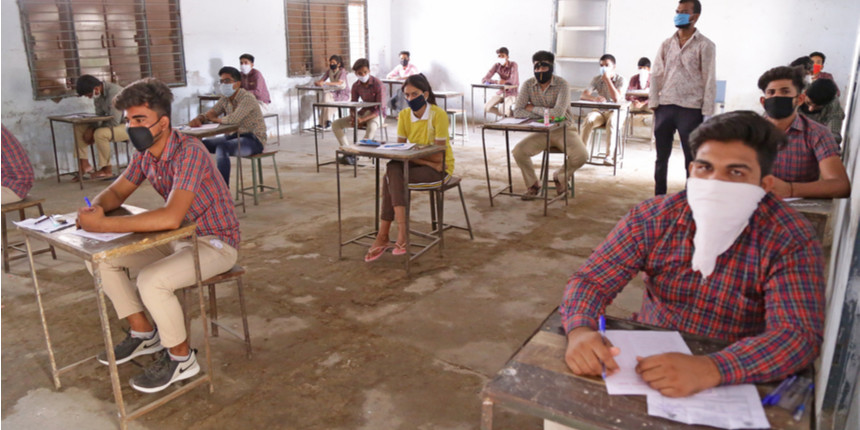 CHANDIGARH: The Haryana Government has decided to start classes for students of Classes 10 to 12 in two state-run schools in Karnal and Sonipat districts on a trial basis after the vast majority of parents of the children in these two institutes gave their go-ahead.

A vast majority of the parents gave their written consent to the decision and it has been sent to the education department, they said. Some parents said as their children have to appear in board examinations and despite best efforts of the teachers during online classes, students are still left with doubts which can be cleared in face-to-face interaction.

Haryana Education Minister Kanwar Pal told reporters in Hisar on Sunday that the state government was ready to open schools across the state once the Centre gives its nod. He said the state authorities will need a few days to work out the modalities in view of the ongoing COVID pandemic once the nod comes.

In a letter to District Education Officers (DEOs), the Directorate of School Education had mentioned about Central government's guidelines under "Unlock-4", which permit students of Classes 9 to 12 to visit their schools outside the containment zones on a voluntary basis, to consult their teachers and take their guidance.

For this, the letter says, the parents will have to give their written consent. It also mentions sharing of data with the DEOs regarding a recent online survey conducted across the state to seek feedback from parents of the children studying in Classes 9 to 12 in government schools regarding the opening of schools amid the ongoing pandemic.

The letter dated September 4 says the school management committees will seek parents' opinion studying in these classes and if more than 60 percent favour reopening of the schools, then the same has to be recorded in the school register.

This process has to be completed by September 21, the Directorate has told the DEOs in the letter. As far as conducting trial classes in the two government schools goes, officials said that the class strength will be reduced to ensure social distancing.

Masks and sanitisers will be provided at the school's entrance. The date for reopening these two schools and the duration of classes are yet to be finalised, but other modalities are being worked out.

A video of the classes being conducted will be shot which will demonstrate how Standard Operating Procedures and other Covid-related guidelines have to be followed and it will be shown to students of other schools in the state through EDUSAT network.

The students will need a written consent from their parents before coming to schools, where they will undergo thermal scanning before entry and will have to wear masks and sanitize their hands.