Rajiv Gandhi University of Knowledge and Technologies students are protesting against university administration.

Telangana Education Minister Sabitha Indra Reddy has appealed to the protesters to withdraw their agitation. However, SGC president Madesh Sunkari told Careers360 that they will continue their protest till their 12 demands are met.

Also Read | DU students will get printed degrees in year of convocation for first time: Official

“We are continuing our peaceful protest on day 4 as none of our demands are met in the last three days of the protest. We will not stop until our first demand is met. i.e Telangana Chief Minister Rao visits the campus and assures us about the solutions to the given demands. Each and every official of the university is saying that only the government can do something, so the only person who can solve our problem is our Chief Minister,” SGC president Sunkari said.

Bringing this to your kind notice, we expect your support for this peaceful protest aimed at sustainable @RguktBasar
The information is clearly mentioned in the attached images.#VisitRGUKT #ConsiderRGUKT #IIITBasar pic.twitter.com/UE4gPvahbE

Sunkari said that the SGC members have been meeting the college officials for the last five months. “They are saying the issues are not in their hands and only the government can solve students’ problems.”

Several opposition leaders from Telangana visited the IIIT Basar campus to extend their support to agitating students. Congress leader Rahul Gandhi took to Facebook and said that his party firmly stands with the students of Telangana.

“Deplorable conditions on IIIT Basar campus is an important issue which the government must address. The arrogant KCR government must not underestimate the power of students,” he added.

This is the footage of heroic struggle of students of IIIT, Basar to get their problems solved. Yet, ⁦@TelanganaCMO⁩ and ⁦@SabithaindraTRS⁩ are muted in response and using powerless officials as a shield to hide from students. #KCR,countdown for your exit has began. pic.twitter.com/2kfeSm6V5p

While the TS Ministers sit in the comfort of their homes and use twitter to negotiate with protesting students, enroute to IIIT Basara to interact with students and get first hand experience of their issues.#IIITBASARA pic.twitter.com/tYxl9BBUp4

Protests of students overlooked! Parents concerns not considered! Everybody except @TelanganaCMO responding! Why such indifferent and negligent attitude towards students @sgc_rguktb of IIIT Basar??? Any answer @SabithaindraTRS @KTRTRS #SaveIIITBasar #VisitrguktBasar #RGUKTBasar pic.twitter.com/JRXYGh9nQ4

Responding to the allegations of politicisation of protests, SGC president Sunkari said, “We don’t have any political agenda. We don’t support any political party but political parties and leaders are extending their support to us and it is needed. We are also getting support from civil society members, alumni associations and various student organisations. Around 8,000 Students in their university are from rural backgrounds and are getting support from everyone.

Telangana Education Minister Sabitha Reddy on Wednesday held a meeting with government and university officials to discuss and resolve the issues of students at Basar IIIT.

A meeting was convened today to discuss and resolve the issues facing by students at Basara IIIT. Adl'bad Dist min @IKReddyAllola Garu, Home Min @mahmoodalitrs Garu, MLA Vital Reddy Garu and other concerned officials with the Incharge VC were also part of the meeting @KTRTRS pic.twitter.com/4RXvQpnduF

“Telangana Education Minister Sabitha Reddy held a meeting in Hyderabad with academicians, officials, and ministers. Following the meeting, she told the media that our demands are silly. They did not release adequate funds for the university,” the SGC president alleged.

Minister Reddy on Thursday appealed to the students to call off their protest saying that “The government is sympathetic to your demands.” However, students have continued their protests.

I request the students of IIIT Basara to withdraw their agitation. The Govt is sympathetic to your demands. #IIITBASARA

“We will continue our protest till our demands are met and we will become successful in our motives. We have support from our alumni association, and teachers' associations in Telangana saying that our demands are genuine and must be met. We are braving the rain and scorching heat while protesting and we will not do such things for silly demands,” the SGC president said.

On being asked if there will be any effect on the IIIT Basar's ongoing agitation because of protests in Telangana against central government’s Agnipath recruitment scheme for armed forces, the student council chief Sunkari said, “No student will indulge in violence. Students are fearing that a few outsiders had entered the campus yesterday night with support from the police. If anything untoward happens, solely the police will be responsible for it.” 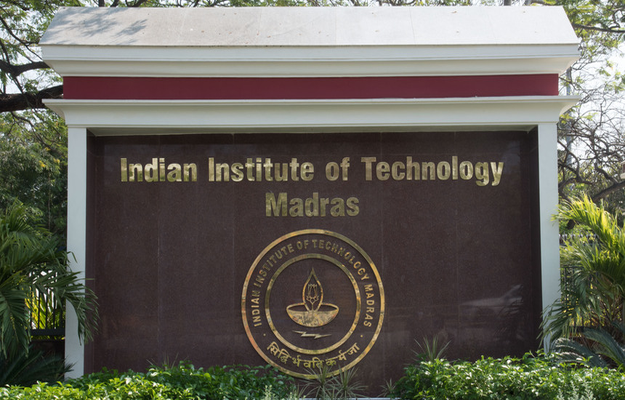 Your RGUKT Basar brochure has been successfully mailed to your registered email id “”.