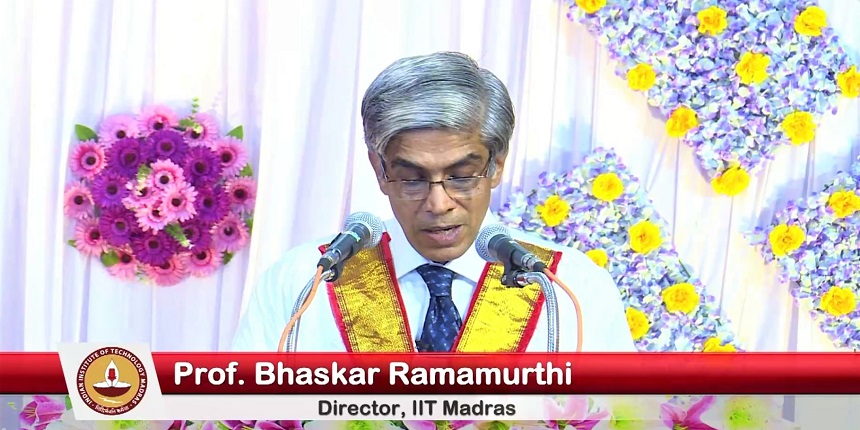 CHENNAI: For the first time in its history, the Indian Institute of Technology-Madras conducted its convocation online on Sunday and over 2,300 degrees were awarded. The highlight of the 57th convocation was the use of 'mixed reality' technology which provided the event a touch of reality.

Prof David J Gross, Nobel laureate and Chancellor's Chair of Theoretical Physics, University of California, who was the chief guest, said that for graduating students it was the beginning of application of knowledge that they acquired during their study. Pawan Goenka, Chairman, Board of Governors, IIT Madras and Managing Director, Mahindra and Mahindra, presided.

"COVID-19 has accelerated the rate of tech adoption across streams of life. Changes which would have taken 5-6 years have happened in just about 3-4 months," Goenka said. Director of IIT Madras, Bhaskar Ramamurthi, who awarded degrees to the graduating students said classes were completed on time due to the "heroic efforts" of the faculty and students.

As many as 191 patents were filed during the year, of which 62 were international, and the institute was granted 58, he said. A total of 2,346 degrees were awarded to 1,909 students in absentia.

Mixed reality creates visualisations by combining real and virtual worlds. For instance, a student, Rajat Vadiraj Dwaraknath, who bagged three prizes including the President of India gold medal appeared to have personally received the medal though it was only a projection that seemed real.