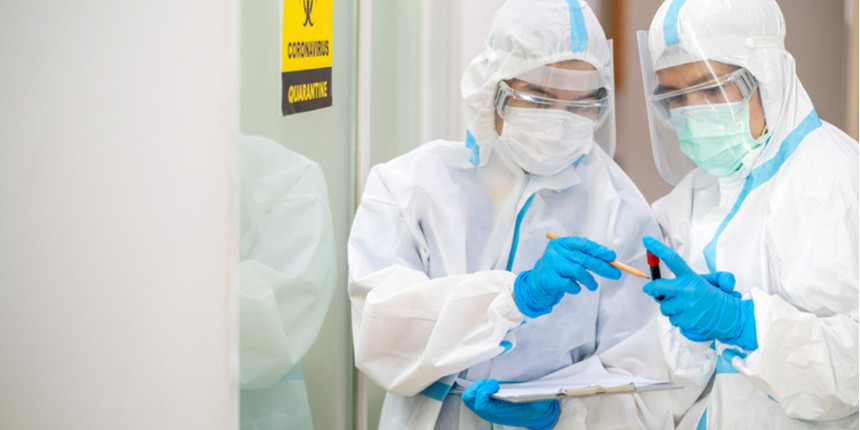 NEW YORK: Researchers, led by an Indian scientist, have developed a cheap, electricity free centrifuge to separate components in patient saliva samples for the detection of the novel coronavirus, an advance that may increase accessibility of COVID-19 diagnostics in poor regions of the world.

According to the scientists, including Manu Prakash from Stanford University in the US, the 'Handyfuge' device spins sample-containing tubes at very high speeds, enough to separate the virus genome from patient saliva samples, without needing electricity.

They said the cheap centrifuge, described in a yet-to-be peer-reviewed study published in the platform medRxiv, can be assembled using readily available components for a cost less than five USD per unit. It can allow clinicians and scientists to carry out a quick and cheap diagnostic technique called the LAMP assay to detect the presence of the novel coronavirus genome in patient saliva samples, the scientists noted.

The LAMP protocol, according to the researchers, "has the benefits of being simple, requiring no specialised equipment, rapid, requiring less than an hour from sample collection to readout, and cheap, costing around one dollar per reaction using commercial reagents.

" While the assay has these benefits, the scientists said there could be a variability in output in diagnostic methods based on viral genome detection in saliva samples. They explained that this is due to the saliva containing substances which can inhibit diagnostic reagents. "Centrifugation to separate the reaction inhibitors from inactivated sample was shown to be an effective way to ensure reliable LAMP amplification," the scientists wrote in the study.

However, they said a centrifuge capable of safely achieving the necessary speeds of 2000 rotations per minute (RPM), for several minutes, costs hundreds of dollars, also requiring a power supply. With Handyfuge, this limitation can be over come, said Prakash -- a professor of Bioengineering at Stanford University, whose lab had earlier developed a cheap "origami microscope" called 'Foldscope'.

The scientists explained that the novel device uses a mechanical strategy similar to the 'Dyno-torch' flashlights to generate centrifugal force using kinetic input from the user.

"The user repeatedly squeezes the handle to spin a small freewheel connected to a centrifuge spindle," they wrote in the study. After a designated amount of time, enough centrifugal force is applied to the sample-containing tubes, the scientists said, yielding a separated liquid layer that is free of chemicals that may inhibit the coronavirus genetic material, its RNA. "This supernatant can then be reliably used for LAMP detection of SARS-CoV-2 or other viruses using the Rabe and Cepko assay," the researchers wrote.

According to the study, the Handyfuge-LAMP assay works based on protocol for the diagnostic method developed by scientists, Brian Rabe and Constance Cepko, from Harvard University in the US. "This simple electricity-free LAMP protocol builds on fantastic work by Cepko lab at Harvard, but with a hand powered centrifuge to make this assay completely electricity free for resource constrained settings," Prakash's lab mentioned in a tweet.

"The advantage for handyfuge is increased stability and limited fluctuations in RPM and it matches covid test need," the scientists noted on Twitter.

According to the scientists, the idea started from a flash light picked up from a toy store, which they hacked to build Handyfuge. They then validated the performance of the device using the LAMP protocol from Rabe and Cepko. They said the Handyfuge, combined with the assay from Cepko and Rabe, works reliably in detecting synthetic COVID-19 RNA "down to 10-100 copies per microlitres in saliva." "With the use of insulated coolers for reagent supply chain and delivery, the assay presented can be completed without the need for electricity or any laboratory scale infrastructure," the study noted.

However, to determine the effectiveness of the device as a point of care tool, the researchers said it will need to be validated with actual patient samples. "We are currently preparing to test this protocol and Handyfuge in field settings," they wrote in the study.