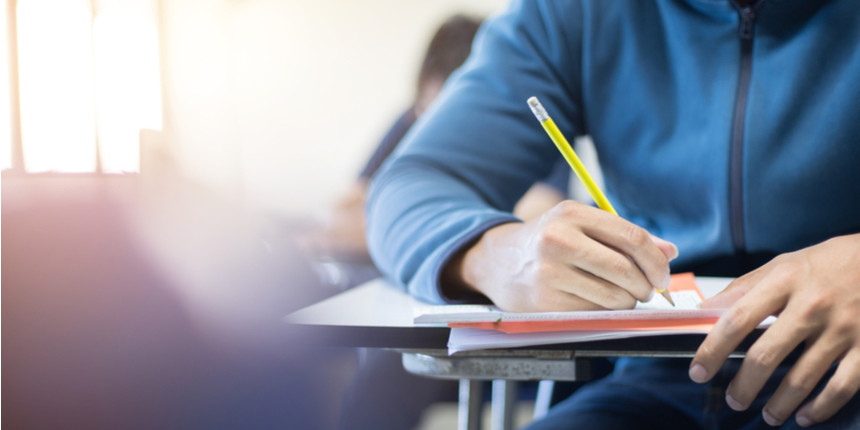 LONDON: Several Indian students are among over 200 overseas student signatories of a letter delivered to UK Prime Minister Boris Johnson at Downing Street in London on Thursday, seeking justice in the wake of being accused of cheating in a compulsory English language test six years ago.

The scandal, believed to have impacted around 34,000 international students, relates to the Test of English for International Communication (TOEIC), a compulsory requirement in some student visa cases.

Many of the students caught up in the row are Indian and have consistently maintained their innocence and have been lobbying the government for a chance to prove their innocence.

“We were innocent but our visas were refused or revoked and the government gave us no way to defend ourselves. Our futures were destroyed and we were left to fight a years-long legal battle costing each of us tens of thousands of pounds,” reads the letter.

“We write to you because it is within your power to right this wrong, to put an end to our detention, deportation and humiliation. Allow us to prove our innocence by establishing a free and transparent scheme – independent of the Home Office – through which we can get our cases to be reviewed and clear our names,” they wrote in a direct appeal to Johnson.

The group has been supported in its long-running campaign by Migrant Voice activists and several parliamentarians including Labour Party MP Stephen Timms, Chair of the All-Party Parliamentary Group (APPG) on TOEIC. In the letter to the UK PM this week, they also sought to highlight how their plight has been magnified during the coronavirus pandemic.

“The coronavirus pandemic has made our situation even worse. Our support networks have collapsed, the charities we rely on have been closed, our friends and families are unable to help as they are struggling themselves. We are terrified of catching the virus and being hospitalised, or dying with a black mark still against our names. This is not the future we wanted or worked for,” they write.

Several reports over the years, including by the UK’s National Audit Office and House of Commons Public Accounts Committee (PAC), have flagged “flawed” evidence used by the Home Office against the affected students and raised serious doubts over the decision to revoke or refuse tens of thousands of visas.

“These students have been living a nightmare for six years. Stripped of their rights and their futures destroyed, many are destitute and suffering severe mental health problems. There is a mountain of evidence that proves they are victims of a mammoth injustice – and the government can ignore this no longer,” said Nazek Ramadan, Director of Migrant Voice.

The issue dates back to February 2014, when BBC’s ‘Panorama’ investigation uncovered evidence of organised cheating in two English language test centres run on behalf of the Educational Testing Service (ETS).

This included providing English-speakers to take speaking tests instead of the real candidates and staff reading out multiple choice answers for other tests.

The UK Home Office responded vigorously, investigating colleges, test centres and students and cancelled thousands of visas in the wake of the expose. It has maintained that the courts “consistently” found that the evidence it had at the time was sufficient to take action and that the 2014 investigation into the abuse of English language testing revealed "systemic cheating". Last year, the influential PAC parliamentary body had issued a harsh rebuke of the government's reaction to the scandal.

“The Home Office’s pace of response to the issue of cheating has either been ‘full throttle’ or ‘too slow’, with no middle ground. It has been quick to act on imperfect evidence, but slow in responding to indications that innocent people may have been caught up in its actions,” noted the report titled ‘English Language Tests: A Systemic Failure Affecting Thousands’. "We are staggered that the Department thinks it is acceptable to have so little regard for the impact its actions might have on innocent people,” it said.